The United States on Friday announced economic sanctions on Chinese and Russian companies that Washington said had supported the development of Iran’s missile programme.

The four firms, accused of “transferring sensitive technology and items to Iran’s missile programme”, will be subject to restrictions on US government aid and on their exports for two years, Secretary of State Mike Pompeo said in a statement.

“We will continue to work to impede Iran’s missile development efforts and use our sanctions authorities to spotlight the foreign suppliers, such as these entities in the PRC (China) and Russia, that provide missile-related materials and technology to Iran,” Pompeo added.

An earlier report by Bloomberg, citing a State Department filing, also mentioned a third Russia-based company, Aviazapchast, as among those being sanctioned.

But it is unclear why Aviazapchast was not mentioned in the later statement.

President Donald Trump withdrew the US in 2018 from the Iran nuclear deal established three years prior under then-President Barack Obama.

Trump has since reimposed crippling sanctions on Iran in what he calls a campaign of “maximum pressure”.

The Trump administration has also since shown its determination to sanction any foreign country or company that does not comply with its Iran policies. 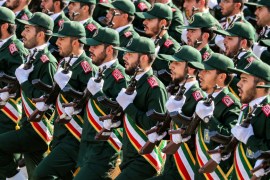 The US accuses Iran’s Islamic Revolutionary Guard Corps, among other groups, of trying to interfere in upcoming contest. 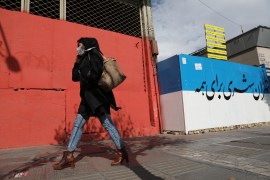