A Turkish court has jailed 337 former pilots and other suspects for life over plot to overthrow President Recep Tayyip Erdogan in a failed coup attempt four years ago, a court document obtained by AFP news agency showed on Thursday.

Nearly 500 defendants were accused of carrying out the attempt to overthrow the government on July 15, 2016, from an airbase near the capital Ankara.

More than 250 people were killed in the attempt as rogue soldiers commandeered warplanes, helicopters and tanks in a bid to take control of key state institutions.

The trial was the highest-profile of dozens of court cases targeting thousands of people accused of involvement in the coup attempt, which Ankara blamed on the supporters of the United States-based Muslim preacher and businessman, Fethullah Gulen.

Out of the 337 life sentences given, 291 were aggravated life sentences – the most severe punishment in Turkish courts – meaning there is no possibility of parole, state news agency Anadolu said.

Anadolu and other agencies said at least 25 F-16 pilots were given aggravated life sentences.

Former air force commander Akin Ozturk and others at the Akinci airbase near Ankara were accused of directing the coup and bombing government buildings, including Parliament, and attempting to kill Erdogan.

Turkey’s then-military chief and now defence minister Hulusi Akar and other commanders were held captive for several hours at the base on the night of the coup.

Four ringleaders, dubbed “civilian imams” over ties to Gulen’s network, were given 79 aggravated life sentences for charges of attempting to assassinate the president, murder, and seeking to overthrow the constitutional order, Anadolu said.

Al Jazeera’s Sinem Koseoglu, reporting from Istanbul, said there were 10 civilians in this trial.

“They were present at Akinci airbase where the F-16 that killed the civilians took off from. Prosecutors said these civilians were civil imams of the Gulen movement. They claim they were taking orders from Gulen and passing the order to the military personnel,” she said.

Gulen, 79, who was once an ally of Erdogan and has denied any role in the coup, was one of the six defendants being tried in absentia.

Turkey, a NATO member and candidate for European Union membership, declared a state of emergency after the failed coup and carried out a large-scale crackdown which alarmed Ankara’s Western allies.

Some 292,000 people have been detained over alleged links to Gulen, nearly 100,000 of them jailed pending trial, Anadolu cited interior minister Suleyman Soylu as saying.

Some 150,000 civil servants were sacked or suspended after the coup, with some 20,000 expelled from the military. Courts have handed down more than 2,500 life sentences.

Four years on, police operations targeting suspects accused of links to Gulen continue on a regular basis. There have been 289 trials into the failed overthrow and 10 continue, Anadolu reported.

The government has said the crackdown was needed given the security challenges which Turkey has faced to root out a network of Gulen supporters deeply embedded in the state apparatus. 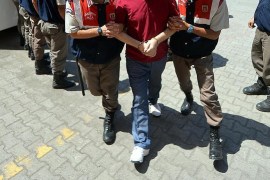 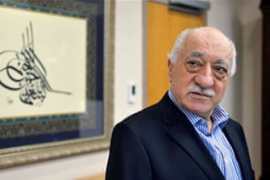 US officials to visit Turkey over Gulen extradition request

Turkey says Fethullah Gulen, who has lived in self-imposed exile in the US since 1999, planned the 2016 coup attempt.