A police case has been filed against two executives of online streaming service Netflix after a leader of the governing Hindu nationalist party objected to scenes in the series, A Suitable Boy, in which a Hindu girl kisses a Muslim boy against the backdrop of a Hindu temple.

A First Information Report (FIR or official police complaint) was registered in Madhya Pradesh state on Monday against two executives of Netflix for allegedly hurting religious sentiments of Hindus.

“It has extremely objectionable scenes that have hurt the feelings of a particular religion,” Narottam Mishra, the interior minister of the central state of Madhya Pradesh, said on Twitter.

“I’ve directed police officers to get this controversial content tested” to determine “what legal action can be taken against the producer-director of the film for hurting religious sentiments”.

“On the basis of a complaint filed by Gaurav Tiwari, an FIR is being registered under section 295 (A) (malicious acts to outrage and insulting the religious feelings and beliefs) of the Indian Penal Code (IPC) in Rewa against Netflix officials – Monika Shergill and Ambika Khurana,” Mishra said in a video statement posted on Twitter.

A Netflix India spokesman declined to comment on the police complaint.

The Reuters news agency could not contact Mira Nair, the director of the series, which is based on an English novel by one of India’s leading writers, Vikram Seth, and follows a young girl’s quest for a husband.

Nair is known for critically-acclaimed films such as Salaam Bombay, Monsoon Wedding and The Namesake.

Gaurav Tiwari, a leader of the youth wing of India’s governing Bharatiya Janata Party (BJP), which also governs Madhya Pradesh, filed the complaint against Netflix and warned of street protests by Hindus if the series is not taken off the platform.

Several states governed by the BJP, including Madhya Pradesh, have announced to bring laws against the so-called “Love Jihad”. BJP and other Hindu far-right groups have campaigned against interfaith marriages involving Hindu women.

But India’s investigating agencies and courts have rejected the “Love Jihad” claim, which many see as part of the BJP’s anti-Muslim agenda.

On Tuesday, a court in northern Uttar Pradesh, hearing a case of interfaith marriage, said “interference in a personal relationship would constitute a serious encroachment into the right to freedom of choice of the two individuals”.

The court verdict came after a Muslim man was accused of forcibly converting his Hindu partner.

“We do not see Priyanka Kharwar and Salamat Ansari as Hindu and Muslim, rather as two grown-up individuals who – out of their own free will and choice – are living together peacefully and happily over a year. The Courts and the Constitutional Courts, in particular, are enjoined to uphold the life and liberty of an individual guaranteed under Article 21 of the Constitution of India,” said a two-judge bench.

Social media commentators say the scope for creative freedom is narrowing in India, especially when it involves any depiction of Hindu-Muslim relations.

Many Indians took to Twitter demanding a boycott of Netflix, which sees India as one of its most promising growth markets, but where its shows have faced legal challenges.

Last month, a unit of India’s Tata conglomerate withdrew a jewellery advertisement featuring a Hindu-Muslim family celebrating a baby shower, following threats to one of its stores and wide criticism on social media from Hindu groups. 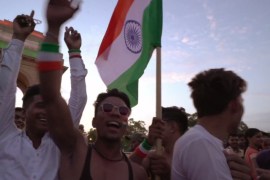 In Search of India’s Soul: From Mughals to Modi

A journalist explores political and religious tensions in his mother country. 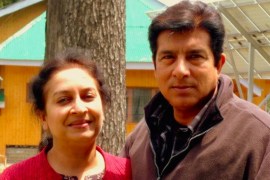 We speak to spouses of different faith backgrounds who have married, against the backdrop of rising obstinate attitudes. 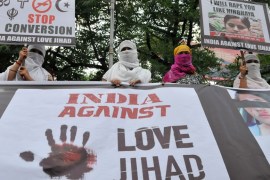 The Hadiya case and the myth of ‘Love Jihad’ in India 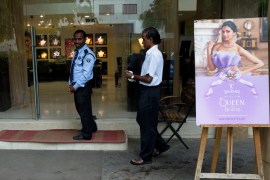