The US has announced it will further reduce the number of troops stationed in the Middle East, causing further consternation among analysts who worry such a move may be to the detriment of one of the region’s key states, Iraq.

Acting US Secretary of Defense Christoph Miller announced on Tuesday President Donald Trump’s decision to reduce US troop presence in Afghanistan and Iraq to 2,500 each by January 15, 2021.

The impact of an American withdrawal has long sparked unease, as many feel it would accelerate the growth of Iran’s influence and a resurgence of the ISIL (ISIS) armed group.

Shortly after the announcement was made, Baghdad’s Green Zone, a heavily fortified area that houses foreign embassies, including that of the US, became the target of a rocket attack. These attacks have become a frequent occurrence in 2020, emblematic of Iraq’s current situation.

The perpetrators believed responsible for conducting the attack are Shia militias backed by Tehran. In recent years, armed groups such as Kataib Hezbollah have gained strength in Iraq, undermining efforts to create stability in the country.

Kataib Hezbollah is part of the Popular Mobilisation Forces (PMF), a government-sponsored Iraqi umbrella organisation – comprising about 40 militias – formed in 2014 to fight ISIL.

This allowed Iran to wield even more power in Iraqi affairs from government to business and within the military, allowing Tehran to directly influence its neighbour’s decision-making process and play a pivotal role in the struggle for power in the country.

“Iranian support for certain Shia militias … makes them extremely resistant to efforts by the government to integrate and control them. Without external support, they would be much more dependent on government funding and more likely to be compliant with government demands.”

The decision to withdraw US troops will likely shift power significantly in favour of Iran, an ironic development in light of Trump’s constant efforts throughout his presidency to weaken Iran via a “maximum pressure campaign”.

The path to withdrawal was paved in January when the Iraqi parliament, in which Tehran-affiliated groups yield significant power, voted in favour of expelling US forces.

The foundations created in Iraq with the help of the international community are in peril of being lost, according to  David Pollock, Bernstein fellow at the Washington Institute, who outlines the pros and cons of a US withdrawal:

“If US troops stay in Iraq, they would greatly reinforce America’s position there and help counter Iran’s malign influence throughout the region. But if they leave, Iraq would be at immediate risk of slipping back into the destructive isolation of the Saddam era, with even less ability to resist Iran’s predatory policies.”

Decades of violence and unrest since the overthrow of Saddam Hussein subsequent to an invasion by the US and allies has left Iraq unable to form a stable government and institutions capable of protecting its citizens. Thousands of Iraqis have been protesting against Tehran’s influence, against the rule of militias, corruption, and nepotism. Iranian militias were, Pfaff assesses, “responsible for killing, kidnapping, and torturing protesters”.

The latter notwithstanding, Trump seeks to follow up on his promise and bring troops home before President-elect Joe Biden’s inauguration on January 20.

The withdrawal, according to Tuesday’s announcement, will reduce the US military presence in Iraq from 3,000 to about 2,500 soldiers, half of the initially deployed force of 5,000. Miller’s predecessor, Mark Esper, who was recently fired by Trump, had advocated maintaining a viable troop presence in Iraq.

The fight against ISIL

Iran is not the only actor benefitting from the US’ plans, the fight against ISIL is also likely to suffer from an American withdrawal. Although the international anti-ISIL coalition announced the defeat of the armed group in March 2019, fighters have since regrouped and continue to have plentiful financial assets while still generating millions through smuggling and extortion.

“ISIS has been able to use recent developments in Iraq as substantial operational opportunities: widespread public protests since October, the government’s resignation and the ensuing political stagnation, the infighting over the US killing of Popular Mobilisation Forces leader Abu Mahdi al-Muhandis, and the withdrawal of US forces from Iraq,” says Husham al-Hashimi, a fellow at the Center for Global Policy.

The COVID-19 pandemic has played a significant role in these developments, forcing the international coalition to suspend its training of Iraqi soldiers in order to prevent outbreaks among the troops in early 2020.

“Few have been more successful in taking advantage of the pandemic than the Islamic State,” says Colin P Clarke, senior research fellow at The Soufan Center.

While the training has resumed since, countries such as Germany have drastically reduced the number of training personnel, to the mission’s detriment.

In the meantime, hundreds of armed fighters have retreated to remote, sparsely populated areas such as Salah al-Din province from where they still launch devastating attacks.

With a further decreased US presence and the subsequent vacuum created, a surge in the armed group’s activities is probable, Pollock says, arguing that: “The quantity and severity of such attacks would surely rise in the absence of US and allied military pressure.”

As such, the combination of declining Iraqi government authority and the vacuum a US withdrawal could create may put one of the pivotal states in the Middle East in jeopardy – with Iran and ISIL potentially becoming the immediate beneficiaries of a renewed descent. 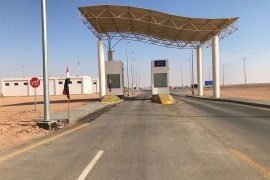 Arar crossing opens for transportation of goods and people for the first time since 1990, official statement says. 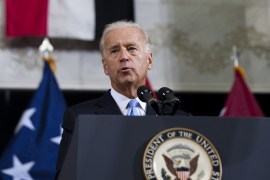