Local leaders in the United States are struggling to contain record-shattering spikes in COVID-19 infections, hospitalisations and deaths ahead of Thanksgiving, when many people across the country gather with family and friends.

The US is nearing 200,000 new infections every day as the holiday season begins and colder weather in many parts of the country drives people indoors, where the novel coronavirus can spread more easily.

In California, the nation’s most populous state, officials are imposing an overnight curfew for nearly all residents to head off a surge of COVID-19 cases that threatens to overwhelm its healthcare system.

The state’s “limited stay-at-home order” requires people who are not conducting essential errands to stay home from 10pm to 5am local time, starting from Saturday. The restriction will be in place until at least December 21, but could be extended if disease trends do not improve, officials said.

The order will be in place in 41 of the state’s 58 counties that have experienced the most significant increases in cases and already are under the tightest restrictions. Those areas are home to 94 percent of California’s nearly 40 million residents.

“The virus is spreading at a pace we haven’t seen since the start of this pandemic, and the next several days and weeks will be critical to stop the surge. We are sounding the alarm,” Governor Gavin Newsom said in a statement.

Hospitalisations have shot up nearly 64 percent in two weeks and the positivity rate – the percentage of people testing positive for the virus – has increased more than 50 percent; it now stands at 5.6 percent for the last seven days.

The state recorded 11,478 new COVID-19 cases on Thursday, its highest total since mid-August.

The US Centers for Disease Control and Prevention (CDC) recommended on Thursday that people do not travel during next week’s Thanksgiving holiday to mitigate the spread of the virus.

But in Texas, which registered a new single-day infection record with 12,293 new cases reported on Thursday, Republican Governor Greg Abbott ruled out another lockdown and accused local leaders of not enforcing existing restrictions.

Texas is on the verge of surpassing 8,000 hospitalised COVID-19 patients for the first time since a deadly summer outbreak. At that time, Abbott ordered bars to close and limited restaurant occupancy.

During a visit to hard-hit Lubbock, a town in the state’s northwest where the local health authority says the fire department is building shelves for the dead as morgues run short on space, Abbott said Texas would not institute a shutdown again.

“It is important for everybody in the state to know that, statewide, we’re not going to have another shutdown,” Abbott said. “There’s an overestimation of exactly what a shutdown will achieve.”

Meanwhile, the Smithsonian Institution announced it is indefinitely shutting down operations at all its facilities. Effective on Monday, the measure affects seven museums, plus the National Zoo.

The Smithsonian said in a statement that its “top priority is to protect the health and safety of its visitors and staff”. No reopening date is scheduled.

The decision comes at a time of rising speculation over whether the District of Columbia will tighten virus restrictions in the face of the nationwide spike.

Johns Hopkins University says the US has now recorded at least 11.7 million COVID-19 cases since the pandemic began, as well as more than 252,000 deaths linked to the virus – the highest totals in the world. 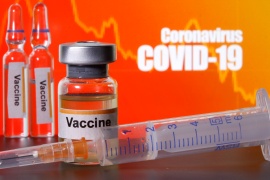 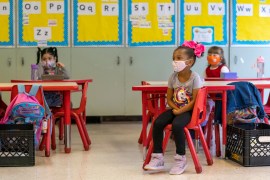 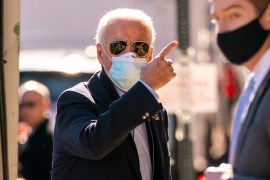