A proposal to change Algeria’s constitution won the most votes in Sunday’s referendum, the election commission said, but the very low turnout undercut the government strategy of using the poll to turn a page on last year’s political unrest.

He had earlier announced a turnout of just 23.7 percent, Algeria’s lowest ever for a major poll.

The Hirak protest movement had called for a boycott, dismissing the revised constitution as a “facade” of change.

The youth-led movement launched vast demonstrations in early 2019 and kept them up for more than a year until the coronavirus pandemic forced their suspension.

Algerian President Abdelmadjid Tebboune, elected last December on a record low turnout and keen to turn the page on Hirak, has pitched the text as meeting its demands.

But observers have pointed out the draft keeps key powers and appointments in the hands of the president.

If passed, it will be “the most authoritarian constitution in the entire Mediterranean”, said constitutional researcher Massensen Cherbi of Sciences Po Université in Paris.

State media had campaigned for a resounding “yes” vote to usher in a “new Algeria” with the “no” camp banned from holding meetings.

Tebboune on Saturday urged Algerians to vote for a “new era capable of fulfilling the hopes of the nation and the aspirations of our people for a strong, modern and democratic state”.

The 74-year-old is hospitalised in Germany amid reports of COVID-19 cases among his staff. Few details have been released on his condition.

While many have voiced apathy over the vote, some Algiers residents said they backed the new text.

Mohamed Miloud Laaroussi, an 86-year-old former rebel sentenced to death during Algeria’s war for liberation from France, said he voted “for my children and my grandchildren”.

“I did my duty during the war to liberate my country and I do it now for stability,” the former boxer said.

Tebboune, rather than attacking Hirak verbally, has described it as a “blessed, authentic popular movement”.

But despite his conciliatory language, observers are sceptical. The way the document was written has raised eyebrows.

“The drafting and consultation process was highly controlled by the state,” said Zaid Al-Ali, a senior adviser on constitution-building at the International Idea think-tank.

“It’s hard to argue that the Hirak’s demand for a fully inclusive debate on the state’s constitution was respected.”

Algeria, with a population of 44 million and vast oil reserves, has been battered by low crude prices and the coronavirus pandemic, further hurting a young population already suffering from spiralling unemployment.

Not all young Algerians rejected the revised constitution.

“I voted ‘yes’ because I support change,” said trader Abdennour Gueniche, 34, after casting his ballot in Algiers. “I’m optimistic about the future … President Tebboune has promised to give young people an important place.”

Others, such as Ahmed Mohand, a man in his 80s in a suburb of Algiers, chose not to vote. “There are too many divisions surrounding this project,” he said. 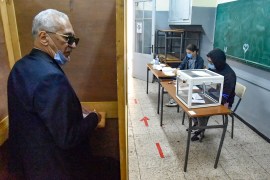 Hirak movement rejects a tweaked constitution, calling it a ‘facade’ of change and urged voters to boycott the vote. 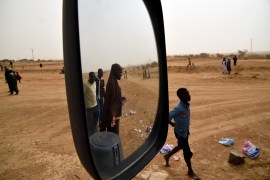 More than 3,000 migrants and refugees were expelled from the North African country in September, HRW said. 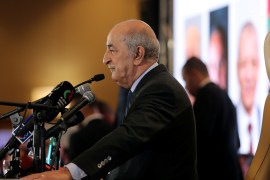 Presidency statement does not specify cause of hospitalisation, coming days after president’s aides contracted COVID-19.