Four suspected rebels were killed in a gun battle with security forces on a highway on the outskirts of Jammu city in Indian-administered Kashmir, officials said on Thursday.

At least two Indian police officers were wounded during the clash that took place at a toll plaza in the Nagrota area in Kashmir’s southern city, police said.

The gunbattle erupted at 4.20am local time (22:50 GMT on Wednesday) after the truck in which the suspected rebels were travelling was intercepted by security personnel near a toll plaza, paramilitary force spokesman Moses Dinakaran said.

Police said suspected rebels fired at the checkpoint on the main highway linking Jammu and Srinagar, the capital of Indian-administered Kashmir, after which security forces returned fire.

Police said they were verifying the identities of those killed.

Traffic on the busy highway was stopped by the police.

Kashmir is divided between India and Pakistan, and both claim the region in its entirety.

Rebel groups have been fighting for Kashmir’s independence from India or its merger with Pakistan since 1989. India accuses Pakistan of arming and training the rebels. Pakistan says it only provides moral and diplomatic support to the rebels.

More than 45,000 people – mostly civilians – have been killed since the armed rebellion erupted in the late 1980s. 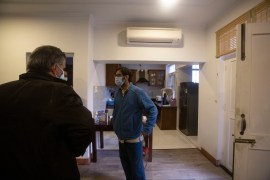 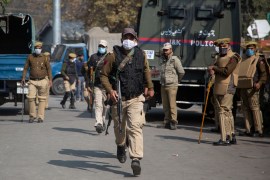 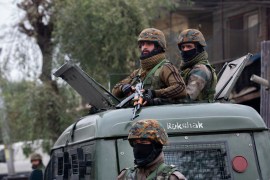 The fighting took place near the de facto border separating Indian and Pakistan-controlled areas of Kashmir. 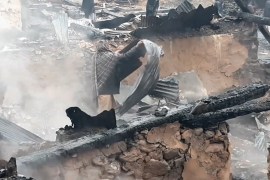