A Malawi magistrate released a businessman and self-proclaimed prophet, Shepherd Bushiri, and his wife Mary from custody, saying the arrest of the couple, who face charges of money laundering, theft and fraud in South Africa, was illegal.

The move came on Thursday as Principal Resident Magistrate Viva Nyimba said the couple’s arrest in Malawi the previous day went against the country’s laws and ordered the two to be freed without bail “in the interest of justice”.

Bushiri, a pastor, has a large social media following and a lifestyle that includes expensive clothes, mansions and sports cars. He claims to be able to cure HIV and blindness and promises to deliver his followers from poverty.

He and his wife were awaiting trial on charges of money laundering, theft and fraud in South Africa, but it emerged over the weekend that they had been smuggled out of the country to Malawi’s capital Lilongwe, according to the BBC.

That prompted a South African court to issue two warrants for Bushiri’s arrest.

There has been a simmering diplomatic row between Malawi and South Africa over who was to blame for his escape.

“We’re aware of bilateral relationship between the two countries, but the rule of law must prevail,” Nyimba said.

South Africa’s Justice Minister Ronald Lamola told a news conference on Thursday that the National Prosecuting Authority and elite police unit the Hawks were compiling a formal extradition request for the Bushiris and that the government hoped to file the extradition papers within two weeks.

“We are convinced that the Bushiris will come back to South Africa to stand trial,” Lamola said.

Before their court appearance, supporters pushed and shoved to enter the courtroom, carrying placards that urged the government not to extradite the couple.

Back in South Africa, the Bushiris forfeited their 5.5 million rands ($355,700) property after the pair violated their bail conditions.

The visibly relieved pastor walked out of court in the Malawian administrative capital Lilongwe, punching the air.

“We believe that justice is about to prevail,” he told journalists, adding that his life “is more precious than the assets in South Africa”. 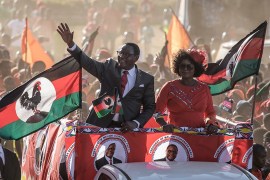 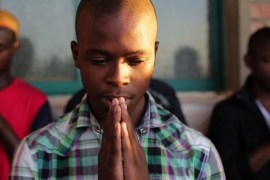 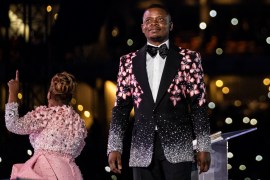