The battle against the coronavirus pandemic shifted into a new gear this week after the United Kingdom became the first country in the world to approve the Pfizer-BioNTech vaccine for use against COVID-19, the highly infectious respiratory disease that has killed more than 1.3 million people worldwide.

Nearly a year since the new coronavirus was detected, billions of dollars have been poured into research efforts and tens of thousands of volunteers have taken part in large-scale trials as pharmaceutical giants race to deliver, at record speed, an effective vaccine.

As the world is trying to turn the corner in the fight, here is what we know so far about the global race to produce a vaccine.

Who are the frontrunners?

The UK government’s approval on Wednesday means that the Pfizer and BioNTech jab will be made available across the country as early as next week.

The news came after promising results from the Phase 3 trial of their COVID-19 vaccine, showed it to be 95 percent effective – the highest success rate for any candidate in late-stage trials so far.

According to the trial results, the vaccine had no serious side effects, and it was 94 percent effective in older adults, who usually are more vulnerable to developing severe COVID-19.

It came just days after Moderna, also a US pharma company, published promising data that showed its vaccine candidate having a 94.5 percent efficacy rate. The preliminary findings were strengthen by final results which confirmed the vaccine to be over 94 percent effective.

On November 26, British company AstraZeneca, in partnership with Oxford University showed their experimental vaccine to be 90 percent effective in a sub-group of trial participants who, initially by error, received a half-dose followed by a full dose. As critics questioned the results, the company will undergo an additional global trial to assess the efficacy of its jab.

Overall, there are 11 candidates currently in late-stage trials.

How does a trial’s Phase 3 work?

The third phase of a vaccine trial must enrol thousands of people from diverse backgrounds. Pfizer and BioNTech, for example, enrolled some 44,000 people. About 30,000 people were involved in the Moderna trial.

“The way it works is that half participants are given the coronavirus vaccine, while the other half is injected with a placebo, usually a saline solution. Neither the volunteer nor the administrator knows who is getting what,” said Soumya Swaminathan, deputy director-general for Programmes of the World Health Organization (WHO).

“You then follow the map and you look for the development of the disease … you check if anyone develops symptoms and you continue the follow up on the other people for at least 12 months.”

In the Pfizer-BioNTech trial, results were based on 170 COVID-19 cases. Of these, eight participants had previously been given the vaccine, while the others had received the placebo. What this means is that the vaccine prevented 95 percent of cases.

Moderna did its interim analysis after 95 cases of a coronavirus infection; just five of them had been given the vaccine.

Due to the emergency situation, a jab can receive emergency/temporary use authorisation by a regulator such as the US Food and Drug Administration (FDA) or the European Medicines Agency before getting formal approval, as it happened with the Pfizer and BioNTech vaccine.

Moderna is not far behind as it requested emergency clearance from the FDA on November 20.

What does the regulator do then?

The regulator reviews the data and checks how robust they are. “Usually such reviewing processes can take a year or more, but in this case, it will take weeks,” said Amir Khan, senior lecturer at the School of Medicine of the University of Leeds and the University of Bradford.

If the pharmaceuticals get the approval, they will get a temporary licence for emergency use, while continuing providing data to the regulator. If findings are still positive after 12 months, then the regulator will hand over a regular licence.

Pfizer and BioNTech expect to produce up to 50 million vaccine doses globally this year and as many as 1.3 billion doses by the end of 2021.

What are the implications?

Experts have welcomed the results but caution there are still many questions that needed to be answered.

“All results we have seen so far are based upon three or four months of follow-up analysis, meaning that we can’t say anything about the long term protection [of the vaccines], or about their side effects,” said the WHO’s Swaminathan.

“In other conditions, you would never use a vaccine with such limited time,” she added. “But because we are in the pandemic we have to balance between risks and necessities.”

With many countries currently experiencing a resurgence in COVID-19 infections, health officials are warning against complacency and urge governments and individuals to remain vigilant.

When will people get it?

There are also many questions about how soon everyone will be able to get a successful vaccine, as wealthier countries and blocs of nations have already staked their claims to the first doses. (Read more here)

And then there are logistical issues. The Pfizer-BioNTech vaccine, for example, needs to be stored at -80 degrees Celsius (-112 degrees Fahrenheit). This means that it requires a cold chain distribution from manufacturers to airports to remote areas – a challenging prospect for poorer countries with a large rural population that are frequently hit by severe heatwaves and electricity shortages.

To ease distribution, Pfizer-BioNTech announced they will provide “dry ice pack” containers that are able to maintain a temperature of -70C (-94F) for up to 10 days.

The Covax initiative run by the WHO and the Coalition for Epidemic Preparedness Innovations (CEPI) aims to pool nations’ purchasing power in order to distribute at least two billion doses of a potential vaccine by the end of 2021. The WHO said last month it wanted to secure 230 million doses for Africa. However, the director of the Africa Centres for Disease Control and Prevention warned that this will not meet the continent’s needs.

When the vaccines do arrive, the highest risk groups such as the elderly, medical professionals and care workers are expected to be prioritised, while those below the age of 50 and with no underlying health issues will be the last to receive it.

This means that some vulnerable groups could get vaccinated in weeks.

“We have been told to get ready to administer the vaccine to the high risk groups by the end of December, early January,” said Khan, a doctor at the United Kingdom’s National Health Service. 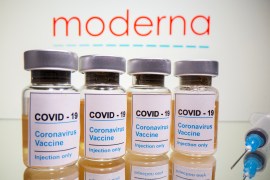 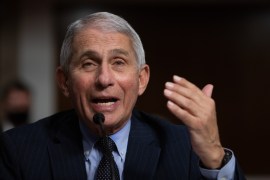 Top US scientist says he would have settled for injections that protected 70-75 percent of people from falling sick. 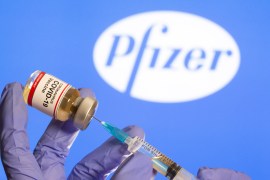