A popular Islamic prayer and Quran app has dismissed a report that said it was selling the private data of its users to brokers who then handed it to the United States military.

“Media reports are circulating that Muslim Pro has been selling personal data of its users to the US military. This [is] incorrect and untrue,” the popular app’s developers said in a statement posted on their website on Tuesday.

The developers of the app, which “reaches almost 100 million users across more than 216 countries worldwide”, said they are “committed to protecting and securing our users’ privacy”.

“This is a matter we take very seriously,” said the statement.

Media reports are circulating that Muslim Pro has been selling personal data of its users to the US Military. This is INCORRECT and UNTRUE. Muslim Pro is committed to protecting and securing our users’ privacy. This is a matter we take very seriously. #MuslimPro pic.twitter.com/2Lu0Zgvso1

Muslim Pro came under fire after an investigation by the online magazine, Motherboard, found that the app was one among hundreds that allegedly made money by selling the users’ location data to third-party brokers, which were then bought by the US military.

X-Mode, one of the companies involved in selling the location data, said it tracks 25 million devices inside the US every month and 40 million elsewhere – including in the European Union, Latin America, and the Asia Pacific region.

In its statement, Muslim Pro announced it was cutting ties with the company.

“We have decided to terminate our relationships with all data partners, including X-Mode, effective immediately,” it said.

X-Mode told Motherboard its business with US military contractors is “international and primarily focused on three use cases: counterterrorism, cybersecurity and predicting future COVID-19 hotspots”.

Motherboard used network analysis software that revealed both the Android and iOS versions of the app were sending location data to the “X-Mode endpoint”.

Other apps that featured in the investigation included dating app Muslim Mingle that has been downloaded more than 100,000 times.

The US military confirmed the Motherboard report, saying they use the data to support “Special Operations Forces mission requirements overseas”.

But Muslim Pro users expressed dismay over the report on social media, with many leaving negative reviews or saying they will delete it from their devices.

From harvesting data on prayer apps like Muslim Pro, to targeted astroturfing by the Home Office, to the push for a new ‘European’-style of Islam by EU leaders – Muslims continue to be singled out, securitised and face surveillance practices because of the ongoing War on Terror.

True, apps have long been selling users data to third parties since the discovery of smartphones. However, in the case of MuslimPro which is patronized by millions of the very people who are most vulnerable to be catalogued as terrorists, the betrayal seems to be far deeper. 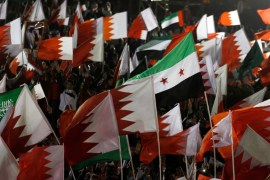 The blockade of Qatar, led by Saudi Arabia, has seen a slew of fake accounts open up and attempt to sway public opinion. 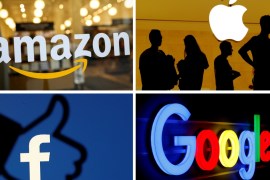 To fight data colonialism, we need a Non-Aligned Tech Movement

This is one way to ensure technology does not go against the interest of society. 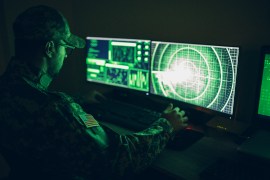 An investigation by online magazine Motherboard found the US military is getting data from several firms.