Biden has pledged to rejoin the historic 2015 accord – agreed to by six world powers known as the P5 + 1 – if Iran also returns to compliance.

But diplomats and analysts have said it was unlikely to happen overnight as the distrustful adversaries would both want additional commitments from each other.

Zarif did not insist on any compensation from the United States – unlike leaders such as President Hassan Rouhani who have demanded it in exchange for the “damages” Tehran has suffered under the renewed US sanctions, implicitly arguing Washington should repay it for the lost oil revenues.

“If Mr Biden is willing to fulfill US commitments, we too can immediately return to our full commitments in the accord … and negotiations are possible within the framework of the P5 + 1,” Zarif said in an interview posted on the website of the state-run daily Iran on Wednesday.

“We are ready to discuss how the United States can re-enter the accord,” Zarif said. “The situation will improve in the next few months. Biden can lift all sanctions with three executive orders.”

‘No negotiation or conditions’

In the deal with the US and other world powers, Iran agreed to curbs on its nuclear programme in return for sanctions relief. It began breaching the nuclear deal after President Donald Trump withdrew in 2018 and started ratcheting up unilateral sanctions on Tehran.

“This can be done automatically and with no need to set conditions: the United States carries out its duties under [Security Council Resolution] 2231 [lift sanctions] and we will carry out our commitments under the nuclear deal,” said Zarif in a video recording of the interview issued by the newspaper.

“This needs no negotiation or conditions and it’s feasible.”

Security Council resolution 2231, adopted in 2015, endorsed the Joint Comprehensive Plan of Action, which had seen Tehran limit its enrichment of uranium in exchange for the lifting of economic sanctions.

Trump was defeated by Biden in the November 3 US presidential election but he has refused to concede and has repeatedly made unsubstantiated claims of electoral fraud.

As the United States will soon undergo a government change, Rouhani said the “crimes” of the Trump administration must not be forgotten.

In a televised cabinet speech on Wednesday, the president called on his local political opponents to refrain from “absolving” the outgoing US administration.

He also said almost three years of a “maximum pressure” campaign against Iran had failed as the US administration was defeated on political, legal, and ethical grounds.

Earlier in November, Rouhani said the Trump administration, which he alleged aimed to overthrow the Iranian establishment, was “abjectly struck down”.

He also called on the next US administration to restart fulfilling American promises under the nuclear deal, saying a Biden government should “follow the law and return to all its commitments”.

Al Jazeera’s Maziar Motamedi contributed to this report from Tehran 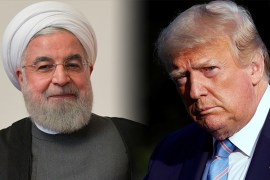 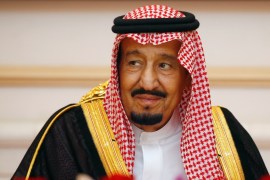 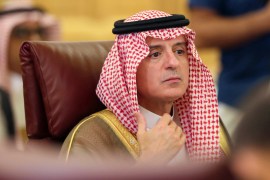 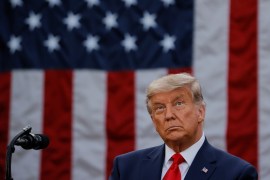