Saudi Arabia reserves the right to arm itself with nuclear weapons if regional rival Iran cannot be stopped from making one, the kingdom’s minister of state for foreign affairs has said.

Tehran has been working on the use of nuclear power for decades. In 2015, it signed a landmark nuclear deal with world powers to stop the development of a bomb in exchange for lifting sanctions.

But US President Donald Trump in 2018 unilaterally withdrew his country from the deal and brought it to the brink of failure.

Trump’s administration wants a more far-reaching programme and an end to Iran’s regional interference – a position supported by Saudi Arabia.

“We believe the Iranians have only responded to pressure,” said al-Jubeir.

Asked what changes he anticipates could come once President-elect Joe Biden takes charge in January, he said: “We will have to see.”

Biden has promised to return to the nuclear deal but has said he will seek to put pressure on Iran’s regional activities and missile programmes, among other things.

In response, Iranian foreign ministry spokesman Saeed Khatibzadeh called on the kingdom to refrain from “baseless allegations and hate-mongering”. 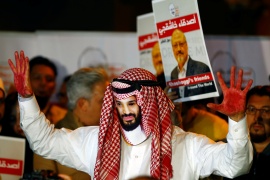 Saudi Arabia’s presidency of this year’s G20 is no longer the golden PR opportunity MBS dreamed of. 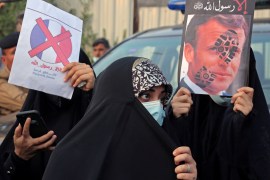 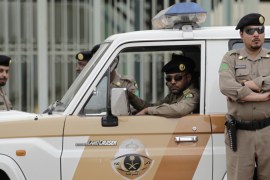 Riyadh says it has busted a ‘terror cell’ that was trained by Iran’s Revolutionary Guards, as Tehran rejects allegation.