President Donald Trump’s outgoing administration is working to lift the three-year-old Gulf blockade on Qatar and hopes for progress “in the next 70 days”.

The blockading states cut diplomatic and trade ties with Doha, claiming it supported “terrorism” and that its ties with Iran were too close.

Qatar has vehemently rejected the allegations saying there was “no legitimate justification” for severing relations.

US National Security Adviser Robert O’Brien said he is hopeful “an air bridge” – allowing flights to and from Qatar to pass over Saudi Arabia and Bahrain – will be established over the coming weeks.

O’Brien’s remarks followed other optimistic comments recently from Trump administration officials that the Gulf crisis could be resolved as part of Washington’s efforts to isolate Iran.

“It’s in America’s interest to have harmonious relationships within the [Gulf Cooperation Council] because that provides an important counter-balance to Iran,” O’Brien said.

O’Brien said a resolution of the Gulf conflict is also aimed at “pushing for more Arab countries to open diplomatic relations with Israel”.

“It would open up the opportunity for more peace deals with Israel and creating a real economic opportunity zone across the Middle East and even being able to take that out to other parts of the Muslim and the Arab world.”

In recent months, the UAE, Bahrain, and Sudan have formalised relations with Israel in deals brokered by the Trump administration, with the Palestinian leadership denouncing the normalisation agreements as a “stab in the back” and a betrayal of the Palestinian cause.

The Palestinians fear the moves will weaken a long-standing pan-Arab position calling for Israeli withdrawal from occupied territory and acceptance of Palestinian statehood in return for establishing relations with Arab nations.

“I think it’s better to have a united [Arab] front to put the interests of the Palestinians [first] to end the [Israeli] occupation,” Qatar’s Foreign Minister Sheikh Mohammed bin Abdulrahman Al Thani said.

Doha maintains some relations with Israel, though only on matters concerning the Palestinians, such as humanitarian needs or development projects.

Qatar supports a two-state solution with occupied East Jerusalem as the capital of a Palestinian state, a stance the foreign minister reiterated.

O’Brien also told The Hill the Gulf crisis is a “kind of a family dispute”.

“And like family disputes, sometimes those are the hardest to solve. But we’d like to get all these cousins back together at the Thanksgiving table, so to speak. And it’s something we’re working on, and we’re going to keep working on it,” he said.

“As long as the president [Trump] is in office, it’s something that’ll be a priority.”

At the online Global Security Forum on Monday, Qatar’s Foreign Minister Sheikh Mohammed also said there are no winners in the crisis, adding his country is hopeful it will end “at any moment”.

On Sunday, however, the UAE’s ambassador to the US, Yousef al-Otaiba, told Israel’s Channel 12 that he did not believe a resolution to the Gulf crisis was imminent.

“I don’t think it gets resolved anytime soon simply because I don’t think there has been any introspection,” al-Otaiba said in response to a question about the standoff.

He added Qatar must comply with a list of 13 demands given in 2017 in order for the blockade to be lifted. Those include closing a Turkish military base in Qatar, severing ties with Iran, and shutting down Al Jazeera Media Network.

Doha has refused to meet any of the demands. 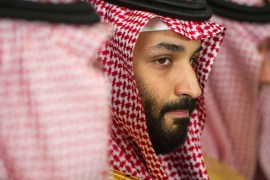 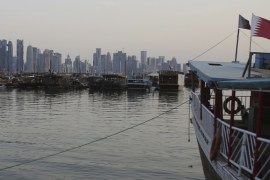 Qatar blockade: Five things to know about the Gulf crisis

On the three-year anniversary of the Qatar-GCC crisis, few signs of a resolution in sight. 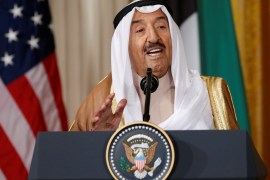 Kuwaiti leader was the primary mediator in the Qatar-GCC crisis and a widely respected voice in the region.