Some three dozen people have been killed in the Democratic Republic of the Congo’s (DRC’s) troubled east, local officials have said, blaming a notorious armed group that has been accused of killing hundreds of civilians over the past year.

Twenty-nine bodies were found in the Virunga National Park after being “executed en masse”, Jean-Bosco Sebishimbo, the interior minister of North Kivu province, said on Tuesday.

He added that six civilians were also killed during “an armed attack” in the nearby village of Kokola earlier on Tuesday.

The United Nations Organization Stabilization Mission in the DRC confirmed that six people were killed in Kokola, while the provincial government “strongly” condemned “this latest slaughter of civilians”.

Sebishimbo said the first indications about the perpetrators point towards the Allied Democratic Forces (ADF), an armed group that is “very active in the area”.

A security source told Reuters news agency it was suspected, based on the state of decomposition of the victims’ bodies and their location, that the victims were among the more than 1,400 men who escaped from Beni prison when it was attacked by suspected ADF fighters on October 19. 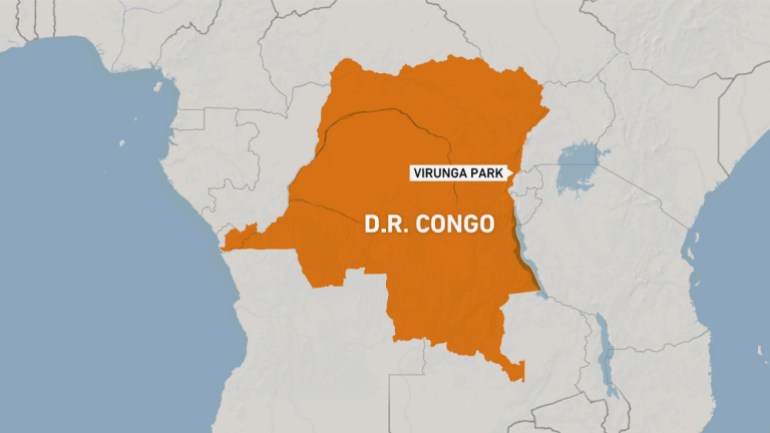 Both attacks occurred in North Kivu’s Beni territory, where 811 civilians have been killed since October 31 last year, according to the Kivu Security Tracker.

It was on that date that the Congolese army launched a large operation against the ADF’s leaders and bases in the jungle around the city of Beni.

The militia responded by intensifying a campaign of massacres in rural areas, seeking to dissuade civilians from collaborating with the military, experts say.

“The horror of this macabre new discovery cannot leave anyone indifferent,” said the European Union’s ambassador to the DRC, Marc Chataigner.

The ADF, which has been active in the region since the 1990s, is one of more than 100 militias in the eastern provinces of the vast country.

The ADF has never claimed responsibility for attacks. But since April 2019, several of its assaults have been claimed by the so-called Islamic State’s Central Africa Province, without providing proof.