Democratic candidates in a pair of United States Senate runoff races in Georgia on Monday challenged the two incumbent Republican senators to debates ahead of a January 5 vote that will decide control of the Senate.

Democrat Jon Ossoff said he had accepted invitations from six media outlets to debates, and urged Republican rival Senator David Perdue to join him in the forums. He had already called Perdue a “coward” on Twitter Sunday following media reports that Perdue had declined a chance to debate on December 6 at the Atlanta Press Club.

The Ossoff-Perdue race and the Warnock-Loeffler matchup will determine whether Republicans or Democrats lead the Senate after Democratic President-elect Joe Biden takes office.

Democrats need to win both seats to split the Senate 50-50 and give Vice President-elect Kamala Harris the tie-breaking vote. Georgia has not elected a Democratic senator since 1996, but Democratic President-elect Joe Biden narrowly leads President Donald Trump there by 49.5 percent to 49.2 percent in the recent presidential election. A recount is underway.

Perdue campaign manager Ben Fry said in a statement that there had already been two debates in the Georgia Senate race, before the first round of voting on November 3.

“In each [debate], Ossoff lied repeatedly … If Ossoff wants to keep lying to Georgians on TV, he will have to use his out-of-state money to pay for it,” Fry said.

There was no immediate response from Loeffler’s campaign.

Ossoff and Warnock appeared together on Sunday for the first time in the runoff campaign, urging voters to head back to the polls just two months after the presidential election. Both men have sustained attacks from their Republican opponents, and the Democrats are expected to step up their joint campaign efforts.

Their campaigns are emphasising healthcare, COVID-19 relief and Republicans’ response to the pandemic. Perdue and Loeffler’s campaigns meanwhile accuse Warnock and Ossoff of pursuing “socialist” policies on climate change and healthcare.

At the Sunday event in Marietta, Ossoff called out Perdue for declining the Atlanta Press Club debate. “Imagine being a sitting US Senator, too much of a coward to debate your opponent in public,” Ossoff declared.

Warnock, meanwhile, stressed the importance of voters returning to the polls a second time to support the Democrats, saying he had talked to a woman who voted for him on November 3 and who “had no idea that she had to go back again”.

The Atlanta Press Club said in a statement that Perdue had declined to participate in the December 6 debate, but Ossoff confirmed that, “We will proceed with the debate and Senator Perdue will be represented by an empty podium.” 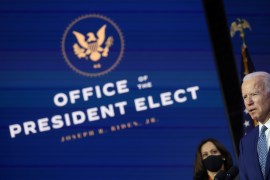 US Elections: When will the US vote results be finalised?

States can begin certifying their results as soon as tomorrow in a process driven by the calendar. 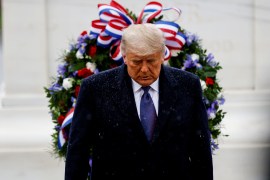 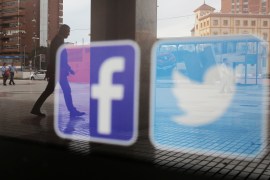