When Democrats talk about the party’s recent success in Georgia, a southern state that Republicans have dominated for years, one name always comes up: Stacey Abrams.

Abrams, the 46-year-old former Georgia state house minority leader who ran unsuccessfully  for governor in 2018 and registered some 800,000 voters in the state, has played an instrumental role in building a new, Democratic coalition that helped turn red Georgia into a political battleground.

For her efforts, Abrams has received accolades from top Democrats like Hillary Clinton, former United States Ambassador to the United Nations Susan Rice and New York Representative Alexandria Ocasio-Cortez. She was the subject of an Amazon Prime Video documentary, All In: The Fight for Democracy and she collaborated with basketball star LeBron James on an educational video series about voting rights.

Ralph Jones Jr, a spokesman for Democratic US Senate candidate Raphael Warnock’s campaign, praised Abrams’ contribution to Democratic gains in Georgia, saying she “helped register hundreds of thousands of new voters, many of whom are young people of colour, and the turnout in this election has already blown past expectations”.

Although Georgia’s vote count is still continuing, President-elect Joe Biden is ahead of  President Donald Trump by about 14,000 votes. The margin is so slim there will be a recount.

In January, the state will hold two Senate runoff elections, the result of which will determine whether Republicans keep control of the US Senate, making Georgia America’s political epicentre for the next two months.

In those Senate contests, two Democratic challengers will face off against Republican incumbents: Warnock against Senator Kelly Loeffler and Jon Ossoff against Senator David Perdue. In the gruelling months ahead, Democrats are looking to build from Abrams’ organisational work.

Just a few years ago, in 2012, the state of the Democratic Party in Georgia was bleak. Republicans controlled both houses of the state’s general assembly; the governor was Republican; both senators were Republicans; and Republican presidential candidate Mitt Romney handily won the state by more than 300,000 votes. A few months later, in May 2013, the Democratic Party chairman resigned amid scandal. In 2014, Democrats’ efforts to convince white Republicans to vote across party lines fell flat.

Before her gubernatorial campaign in 2018, Abrams argued that the Democratic Party’s path to victory lay in recognising changes in the state and tapping into Georgia’s increasingly diverse population of voters. Georgia’s population, she pointed out, was becoming younger and more diverse, particularly in the state’s heavily populated metropolitan and suburban areas. Democrats could succeed by winning over young Georgians, people of colour and white, urban liberals, she argued. And her outreach was not limited to Georgia: She brought her advice to state Democratic parties nationwide.

“She took a very different approach to trying to put together a winning coalition,” said Charles S Bullock, a professor of political science at the University of Georgia. “She certainly deserves some of the credit. Lots of other things are happening. It isn’t exclusively because of her, but she’s a major player in that.”

Republicans, who have enjoyed years of reliable electoral support in the state, also took notice.

“Stacey had the audacity to go to the Democratic Party of Georgia and say, ‘You’re still running a campaign as though the demographics are the same as they were 30 years ago.’ She looked at demographics as an opportunity,” said Leo Smith, a Georgia Republican who formerly led the state party’s minority voter outreach. “Because Republicans had won Georgia for so long … we did not take her seriously.”

Abrams went on to lose the gubernatorial election by just 55,000 votes, although she never conceded the race. But the strength of her support – she received more votes than any Georgia Democrat running for any office in history – indicated that an electoral sea change was happening in The Peach State.

In 2019, Abrams released a playbook for Georgia Democrats, showing how they could take advantage of these Democratic swings in meticulous, data-heavy detail.

“Building a strong multi-racial, multi-ethnic coalition with historic turnout levels, while making meaningful, marginal improvements on white voters’ support levels put the Abrams for Governor campaign on the doorstep of statewide victory – and puts Democrats in a strong position to break down that door in 2020,” the playbook read.

After the presidential election, Abrams and the organisation she chairs, Fair Fight, turned her attention to the Senate runoffs. On social media, Abrams announced a new get out to vote and fundraising drive for the Senate elections and said her group had raised $6m to boost the two Democrats in the runoffs.

“Our work is not done,” she said in a video urging people to return to vote on January 5 that has had 5.5 million views. “We have seen what is possible when we work hard and when we work together. We know we can win Georgia.”

Given the national stakes at play, the runoff election is expected to be fiercely fought. While Republicans lost control of the White House and remain in the minority in the House, their only hope for legislative power rests in the Georgia runoff elections. Tens of millions of dollars are expected to pour into the state for both races.

Democrats may have momentum in the wake of Biden’s success, but their victory in the Senate election outcome is far from guaranteed. In the general election on November 3, Ossoff trailed Perdue by about 86,000 votes, but because neither candidate was able to reach 50 percent of the vote, state law requires a runoff.

In the Loeffler-Warnock race, that is a special election to fill the remainder of the term of former Senator Johnny Isakson, who stepped down because of health issues. Loeffler was appointed to fill Isakson’s seat until a special election was held.

Loeffler and Warnock emerged from the 21-person field with the most votes on November 3, although no candidate reached the required 50 percent threshold, resulting in January’s runoff. While Democrat Warnock received more votes than Republican Loeffler – 32.9 percent of the vote to Loeffler’s 25.9 percent – there was another strong Republican challenger, Doug Collins, who also pulled in 19.9 percent of the vote. That resulted in the top two Republicans in that race receiving the lion’s share of votes – 45.8 percent – suggesting Loeffler is in a better position going into January’s runoff than Warnock.

“The two Democrats have to get all their people back and hope the Republicans don’t, or find some way to make up a bit of a deficit,” said Bullock. “Republicans do a better job of coming back for that second election than Democrats do.”

Democrats will focus on identifying voters who likely supported Democrats in November and boosting turnout in key metropolitan areas like Atlanta and Macon, while Republicans will need to try to match their voter turnout without Trump on the ballot.

“People will do almost anything when they know success is likely,” Abrams told CBS News this week. “It is the actual thing that can change the future, and I believe they will show up.” 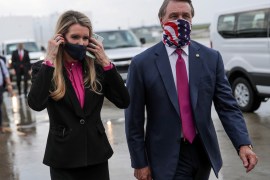 Georgia’s two Senate races may end up as runoff elections that could put Senate control in limbo until January. 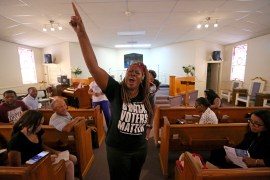 As the number of older white voters decreases, Republicans’ decades of presidential success is threatened. 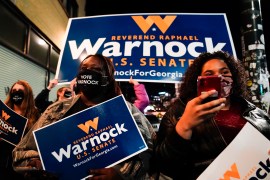 Battle for US Senate control awaits in Georgia after Biden win

Senate seats in southern US state headed to runoffs on January 5 which could decide the balance of power in Washington. 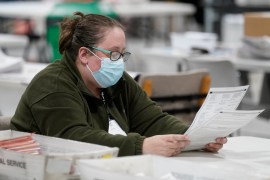 US state of Georgia, where Biden leads, to recount votes by hand

The Trump campaign has hailed the recount, which experts say is unlikely to change results in the overall race.