Ethiopian police visited an office of the United Nations’ World Food Programme (WFP) in Amhara region to request a list of ethnic Tigrayan staff, according to an internal UN security report seen by Reuters news agency on Friday.

The local police chief informed them of “the order of identifying ethnic Tigrayans from all government agencies and NGOs”, the report said.

The report underlines fears over ethnic undertones to the federal troops’ push against the leaders of the northern Tigray province, whom the government accuses of treason and terrorism.

Long-running tensions between the government of Prime Minister Abiy Ahmed and the Tigray People’s Liberation Front (TPLF) hit a new low in September when Tigray pressed ahead with its own elections, insisting Abiy was an illegitimate leader after national polls were postponed due to the coronavirus.

Abiy ordered military operations in Tigray on November 4, saying they were prompted by a TPLF attack on federal military camps – a claim the party denies.

The region has since been under a communications blackout in most areas.

Abiy said government forces had made gains in western Tigray as thousands of Ethiopians continued to flee across the border into neighbouring Sudan, stoking fears of a humanitarian crisis.

Meanwhile, Amnesty International said scores of civilians were killed in a “massacre” in Tigray that witnesses blamed on forces backing the local ruling party in its fight against Ethiopia’s federal government.

It was the first reported incident of large-scale civilian fatalities in the week-old conflict between the TPLF and the federal government led by Abiy, winner of last year’s Nobel Peace Prize.

“Amnesty International can today confirm … that scores, and likely hundreds, of people were stabbed or hacked to death in Mai-Kadra [May Cadera] town in the South West Zone of Ethiopia’s Tigray Region on the night of 9 November,” the rights group said in a report.

Amnesty said it had “digitally verified gruesome photographs and videos of bodies strewn across the town or being carried away on stretchers”.

The dead “had gaping wounds that appear to have been inflicted by sharp weapons such as knives and machetes,” Amnesty said, citing witness accounts.

“The victims appear to have been civilians … labourers who are in no way involved in the ongoing military offensive in the region,” Amnesty’s Sam Dubberley told Al Jazeera.

Witnesses said the attack was carried out by TPLF-aligned forces after a defeat at the hands of the Ethiopian military, though Amnesty said it “has not been able to confirm who was responsible for the killings”.

There was no immediate reaction from the TPLF, which dominated national politics for nearly three decades before Abiy took office in 2018.

“Dr Mulu Nega has been appointed as the Chief Executive of the Tigray Regional State,” the prime minister posted on Twitter on Friday.

On Thursday, Ethiopian parliament stripped Tigray president Debretsion Gebremichael – who was elected in September and chairs the TPLF – of immunity from prosecution.

State media later reported that arrest warrants had been issued against Debretsion and other TPLF leaders “for endangering the country’s existence” and “for trying to erode the constitution”, adding that dozens of other officials were also stripped of immunity. 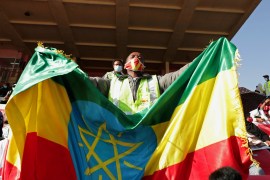 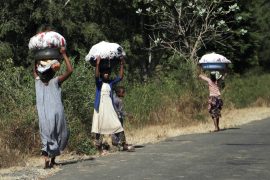 UN says it is worried about a refugee emergency if more civilians are forced to flee fighting in northern Tigray state. 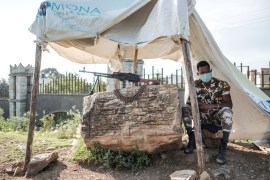 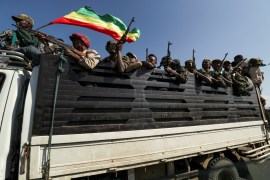 With communications down and media barred, independent verification of the status of the conflict was impossible.