President-elect Joe Biden on Wednesday named longtime adviser Ron Klain as his White House chief of staff in his first important appointment, as he builds his administration regardless of whether President Donald Trump accepts the election results.

Klain, 59, was Biden’s chief of staff when the 77-year-old was vice president under President Barack Obama and had been widely expected to be named chief of staff.

He also has experience battling a public health crisis, as he worked as Obama’s “Ebola Czar” in 2014. A fierce critic of Trump’s handling of the coronavirus pandemic, Klain is expected to be a key figure in Biden’s response to the health crisis.

“His deep, varied experience and capacity to work with people all across the political spectrum is precisely what I need in a White House chief of staff as we confront this moment of crisis and bring our country together again,” Biden said in a statement.

As Biden moves forward with the transition, Trump has refused to concede or cooperate and his campaign has continued its legal efforts to overturn the results in key states.

Biden clinched victory last Saturday as he won a series of battleground states to claim the 270 electoral votes needed in the state-by-state Electoral College that determines who wins the presidency. Biden was also ahead in the popular vote by more than five million ballots with a few states still counting votes.

Trump is the first US president to lose a re-election bid since 1992.

Richard Goodstein, a Democratic strategist, noted that global leaders had already acknowledged that Biden would become the next president of the United States.

Biden on Wednesday talked on the telephone with the president of South Korea and the prime ministers of Japan and Australia.

“They want to engage with him in a way they had a hard time engaging with Trump,” Goodstein told Al Jazeera. “The issue is Donald Trump has been known to break norms and do things that seem not well thought through. There are things he could do – certainly in terms of international relations – that he could do and could set things back. Donald Trump is flexing his muscles because it makes him feel important. It just makes the job that much harder for Joe Biden.”

Biden has worked with Klain for decades and hired him as an adviser during the presidential campaign. A trusted and experienced political aide, he also worked with Vice President Al Gore during Bill Clinton’s administration.

As Biden’s chief of staff during the financial crisis a decade ago, Klain helped oversee the implementation of the $787bn Recovery Act that boosted the US economy.

In 2014, he earned plaudits from public health experts as the government’s Ebola response coordinator.

“Ron has been invaluable to me over the many years that we have worked together, including as we rescued the American economy from one of the worst downturns in our history in 2009 and later overcame a daunting public health emergency in 2014,” Biden said.

Klain described his appointment as the “honor of a lifetime”.

“I look forward to helping him and the Vice President-elect assemble a talented and diverse team to work in the White House, as we tackle their ambitious agenda for change, and seek to heal the divides in our country,” he said in a statement.

Trump’s latest lawsuit is over Michigan where he is behind by 148,000 votes, or 2.6 percentage points, in unofficial vote totals, according to Edison Research.

Jake Rollow, a spokesman for the Michigan Department of State, said the Trump campaign was promoting false claims to erode public confidence in the election. The lawsuit made allegations of voting misconduct, with the focus on the Democratic stronghold of Wayne County, which includes Detroit.

“It does not change the truth: Michigan’s elections were conducted fairly, securely, transparently, and the results are an accurate reflection of the will of the people,” Rollow said in a statement.

Meanwhile, Georgia Secretary of State Brad Raffensperger who is a Republican said every ballot cast in the state’s 159 counties would be counted again by hand. He said the process was expected to begin this week and would be finished in time to certify the results by a November 20 deadline.

Biden was declared the president even without Georgia. Ahead of the recount, he held a lead of just over 14,000 votes, or 0.3 percentage points, in a southern state that Democrats have not carried in a presidential election since 1992.

Judges have thrown out several Trump lawsuits and legal experts say the litigation has scant chance of changing the outcome.

One Republican strategist with ties to the White House acknowledged the legal manoeuvres were a last-gasp move.

“They’re looking at throwing up 100 Hail Marys,” he said, using a football term referring to a desperate pass at the end of a game. 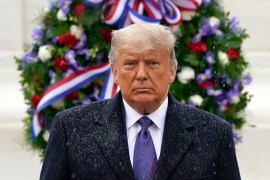 Biden moves ahead with transition plans as Trump files new lawsuit, digs in for a longer fight despite lacking facts. 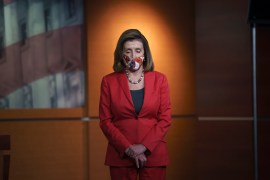 Democratic losses in the House create a dilemma for Nancy Pelosi

Joe Biden may have won the United States presidency, but Republicans gained seats in the House of Representatives. 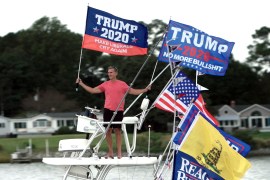 We ask what a turbulent 2020 presidential election foreshadows for America’s political parties. 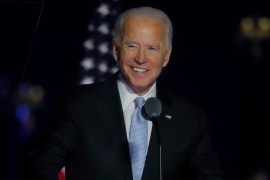 Who is Joe Biden?

Who is Joe Biden and how did he get to this point in his political career?