At least 74 migrants have died in a shipwreck off the Libyan coast of Khoms, the United Nations’ International Organization for Migration (IOM) said on Thursday.

According to the IOM, there were more than 120 people on board the dingy when the “devastating” incident took place.

The Libyan coastguard and fisherman rescued 47 people, according to the IOM. This is at least the eighth shipwreck that occurred in the Central Mediterranean since October 1.

“The mounting loss of life in the Mediterranean is a manifestation of the inability of states to take decisive action to redeploy much needed, dedicated search and rescue capacity in the deadliest sea-crossing in the world,” said Federico Soda, IOM Libya chief of mission.

🚨 We have long called for a change in the unworkable approach to Libya and the Mediterranean, including establishing a clear disembarkation mechanism followed by solidarity.

Thousands of people continue to pay the price for inaction at sea and on land.https://t.co/BWRRGzgzKb

The tragedy unfolded as a six-month-old baby died hours after he was plucked from the waters in a rescue operation by Open Arms – currently the only active charity rescue vessel in the Central Mediterranean.

The newborn was among the 111 survivors taken by the NGO on Wednesday after it sent rescue units to a rubber dinghy that was sinking off the Libyan coast.

The baby was among at least 19 other people, including another child, who died in the Mediterranean in the past two days.

The Open Arms has 257 refugees on board, after three separate operations between Tuesday and Wednesday.

According to the UN agency on migration, this year at least 900 people have drowned in the Mediterranean, some due to rescue delay, while more than 11,000 others have been returned to Libya.

IOM maintains that Libya is not a safe port to return to, stressing that most migrants end up in detention facilities where human rights abuses, trafficking and exploitation have been widely reported.

“We have long called for a change in the evidently unworkable approach to Libya and the Mediterranean, including ending returns to the country and establishing a clear disembarkation mechanism followed by solidarity from other states,” said Soda.

“Thousands of vulnerable people continue to pay the price for inaction both at sea and on land,” he added.

According to the Italian interior ministry data, there has been an uptick in the number of people trying to reach Italy with almost 31,000 refugee arrivals in 2020 so far, compared with almost 10,000 over the same period last year. 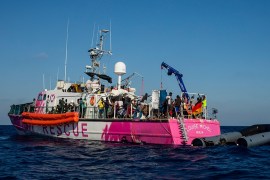 Italian coastguard evacuated 49 people but almost 400 others rescued in the Mediterranean are still waiting. 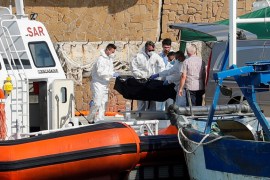 Another five migrants injured after fire breaks out on boat carrying around 20 people, two of them reportedly critical. 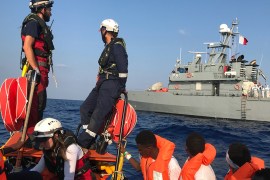