Syrian President Bashar al-Assad has blamed US sanctions and pressure on the United Nations and Syria’s neighbours for the reticence of more than five million refugees who fled the conflict there to return.

“There are many hurdles,” al-Assad said on Wednesday, citing US sanctions at the opening of a conference in Damascus, co-hosted by Moscow, that has been boycotted by Washington, the European Union, and most of Syria’s neighbours that host the bulk of its 5.6 million refugees.

Of Syria’s 17 million people, 5.5 million are living as refugees in the region, mostly in Turkey, and a further six million are uprooted within their own country.

Al-Assad said millions of refugees were being forced to stay in host countries by “pressure or intimidation”, and host states were enticing them financially while benefitting from international aid for them.

Western countries and all of Syria’s neighbours, with the exception of Lebanon, say conditions are not safe for the voluntary return of refugees, many of whom fled from Russian and the Syrian government bombing of their towns during the course of the decade-old conflict.

EU policy chief Josep Borrell said in a statement on Tuesday the body had turned down an invitation to attend the refugee-return conference as “the priority at present is real action to create conditions for safe, voluntary, dignified and sustainable return of refugees and internally displaced persons to their areas of origin”.

Separately, the US on Monday imposed sanctions on officials, entities, and individuals it accused of providing support to the Syrian president as Washington continues its efforts to cut off funds for al-Assad’s government.

“The [al-]Assad regime has a choice: take irreversible steps towards a peaceful resolution of this nearly decade-long conflict or face further crippling sanctions,” US Secretary of State Mike Pompeo said. 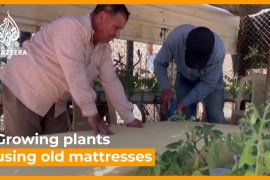 Using old mattresses and a little water, Syrians in a refugee camp in Jordan grow healthy plants and fresh vegetables. 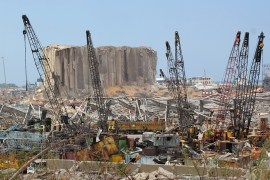 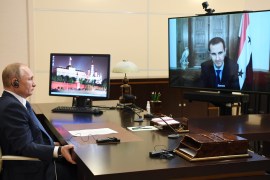