A radio journalist was shot dead outside his home on Tuesday morning by two gunmen on a motorcycle, Philippines police said, four years after the provincial broadcaster survived a similar attempt to kill him.

Virgilio Maganes, 62, who lived northwest of Manila in the province of Pangasinan, was shot six times and died at the scene, the force said in a statement.

Maganes is the 18th journalist to have been killed since President Rodrigo Duterte took office in 2016, and the 190th since Ferdinand Marcos was overthrown in 1986, according to the National Union of Journalists of the Philippines (NUJP). Few of the perpetrators are ever brought to justice.

Maganes survived the previous attempt on his life by pretending to be dead.

“We demand that authorities work fast to solve his death, which could be related to the botched attempt on his life on November 8, 2016, when motorcycle-riding gunmen fired at him as he rode a tricycle,” the NUJP said in a statement.

On that occasion, the gunmen left a note at the scene saying: “I’m a drug pusher, don’t emulate me.”  Such messages were common in extrajudicial killings during the height of Duterte’s war on drugs that led to thousands of deaths.

🇵🇭 Terrible news! In the #Philippines, radio journalist Virgilio Maganes was shot six times this morning in front of his house in Pangasinan (North). He was killed immediately. @RSF_inter calls for an independent investigation to find the culprits of this gruesome murder. @nujp pic.twitter.com/ASHkZFKnt8

Authorities in The #Philippines must investigate the murder of journalist Virgilio Maganes, who was shot dead in Pangasinan province on November 10.https://t.co/dQWBwTxMZW

Police said they had not established a motive for the attack on Maganes. At least two other journalists have been killed for doing their work in 2020, according to the Committee to Protect Journalists (CPJ), and both cases remain unsolved.

The Presidential Task Force on Media Security, which was set up to tackle media murders, described the killing as “an act of cowardice” and vowed to hunt down those responsible, while Justice Secretary Menardo Guevarra said both Maganes’s murder and the 2016 attack would be investigated to establish whether they were linked to his work as a journalist.

The Philippines is one of the most dangerous places in the world to be a journalist and the media has found itself under increasing pressure since Duterte was elected president.

ABS-CBN, the country’s largest broadcaster, was ordered to close after the regulator failed to renew the channel’s 25-year operating licence while veteran journalist Maria Ressa and her online news site Rappler, are facing numerous court cases on charges ranging from tax evasion to defamation. Both ABS-CBN and Rappler have been critical of Duterte’s drug war and his government’s policies.

The country’s largest newspaper, the Philippine Daily Inquirer, which has also published stories critical of the drug war, was forcibly sold to Ramon Ang, an ally of the president, after Duterte threatened its owners with legal consequences. The newspaper also reported on Duterte’s alleged hidden wealth in the run-up to the 2016 election.

The Duterte administration denies targeting media for its reporting.

Index on Censorship, which campaigns for freedom of expression, condemned Maganes’s killing.

“Press freedom has nosedived under Duterte who heads a constant campaign of harassment,” the organisation said on Twitter. “The world must come together in rage against these awful attacks.”

Last month, the New York-based CPJ ranked the Philippines seventh in its annual Global Impunity Index, a ranking that aims to put a spotlight on the countries where journalists are murdered and their killers remain free.

The Philippines has been a mainstay of the index since it began in 2008 although its latest position marks a slight improvement. The CPJ says the 2009 Maguindanao massacre, in which 58 people were killed – 32 of them journalists and media workers – was the deadliest attack on the press the organisation has ever recorded. 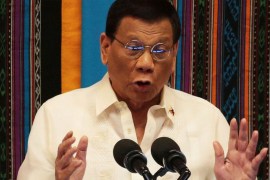 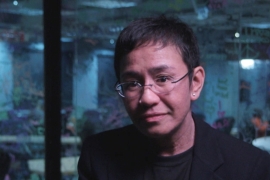 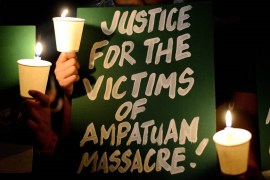 Philippine court to announce verdict in 2009 Maguindanao massacre case in which 58 people were killed. 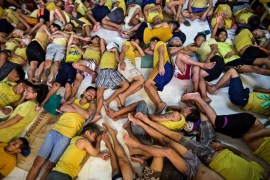