President Andres Manuel Lopez Obrador said during a regular government news conference that Ebrard is in talks with Barr and that a diplomatic memo had been sent.

“It is true that a diplomatic memo was sent and it is true that there have been phone calls between the foreign minister and the United States attorney general on this issue,” said Lopez Obrador, without offering further details.

The announcement comes days after Reuters News Agency reported that Barr spoke with Ebrard last week to lower bilateral tension arising from the arrest of Cienfuegos, a top player in Mexico’s war on drug gangs until two years ago. The former army general was arrested in Los Angeles last month on drugs charges.

Mexico said it should have had prior warning about the arrest and investigation of Cienfuegos, who pleaded not guilty to the charges in a federal court in New York.

Lopez Obrador has said he will announce a review of security cooperation agreements with the US in light of the case.

Cienfuegos is accused of using the power of his office to help a relatively small drug gang, former allies of the Sinaloa Cartel, manufacture and ship drugs, including cocaine and heroin, to the US. 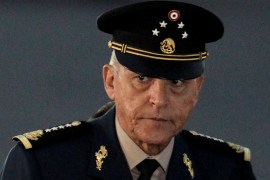 Mexico ex-defence minister arrested in US on ‘drug charges’

Salvador Cienfuegos was detained in connection with his alleged involvement in drug trafficking, media reports say. 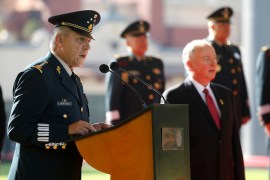 Ex-defence chief Salvador Cienfuegos is accused of taking bribes to protect a drug cartel, according to US indictment. 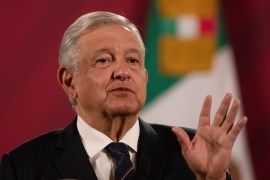