Police say attackers beheaded and dismembered more than 50 people in northern Mozambique’s Cabo Delgado province over the past three days as violence in the area continues.

The ISIL-linked fighters attacked several villages in the districts of Miudumbe and Macomia, killing civilians, abducting women and children and burning down homes, Bernardino Rafael, commander-general of Mozambique’s police said during a media briefing on Monday.

“They burned the houses then went after the population who had fled to the woods and started with their macabre actions,” said Rafael.

Witnesses told local media the assailants herded residents onto the local football field in the village of Muatide where the killings were carried out.

Security forces in gas-rich Cabo Delgado province have been fighting the armed group – which pledged allegiance to ISIL (ISIS) last year – since 2017.

But some analysts have questioned how serious the ISIL (ISIS) link really is, saying the root of the unrest may be poverty and inequality rather than religion. Little is known about the fighters who call themselves al-Shabab – although they have no known links to the group of that name operating in Somalia.

The unrest has killed more than 2,000 people since 2017 – more than half of them civilians, according to the US-based Armed Conflict Location & Event Data Project.

The violent attacks in Cabo Delgado have triggered a humanitarian crisis with more than 300,000 internally displaced people and 712,000 in need of humanitarian assistance, according to an Amnesty International report released last month.

A separate group of fighters attacked Muatide village where they beheaded more than 50 people, the news agency reported.

Villagers were chopped to pieces in an atrocity carried out from Friday night to Sunday, Pinnancle News portal reported.

The dismembered bodies of at least five adults and 15 boys were found on Monday scattered across a forest clearing in Muidumbe district.

“Police learnt of the massacre committed by the insurgents through reports of people who found corpses in the woods,” said an officer in the neighbouring Mueda district who asked not to be named.

“It was possible to count 20 bodies spread over an area of about 500 metres (1,640 feet). These were young people who were at an initiation rite ceremony accompanied by their advisers.” 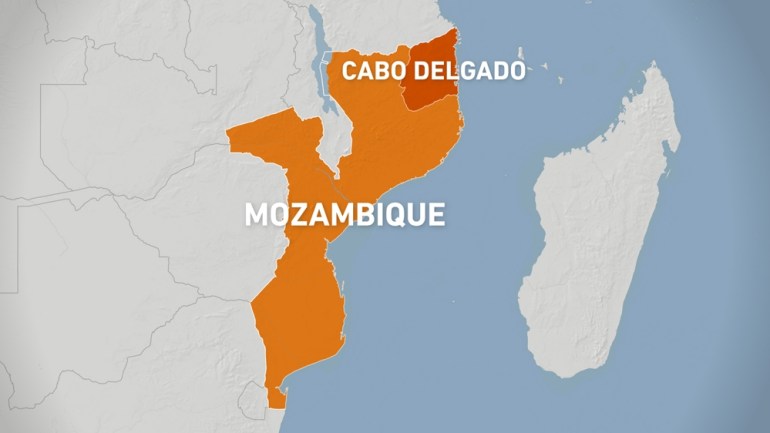 An aid worker in Mueda, who also declined to be named, confirmed the killings had taken place, saying some of the boys had come from that area. She said body parts had been sent to their families for burial on Tuesday.

“Funerals were held in an environment of great pain,” said the worker. “The bodies were already decomposing and couldn’t be shown to those present.”

The armed group has stepped up its offensive in recent months and violently seized swathes of territory, terrifying citizens in the process.

In April, attackers shot dead and beheaded more than 50 youths for allegedly refusing to join their ranks.