Ethiopia’s federal government has declared war on its northern region of Tigray, leading to fears of a protracted conflict in Africa’s second-most populous country.

The Tigray region is one of 10 semi-autonomous federal states organised along ethnic lines in Ethiopia, and home mostly to the Tigrayan people who make up about 6 percent of Ethiopia’s population of more than 110 million.

Tigrayans have long been a centre of power and influence, controlling the country’s government for three decades.

In 1975, the Tigray People’s Liberation Front (TPLF) launched a protracted war against the Derg military government in Addis Ababa, which they eventually toppled in 1991.

The TPLF then dominated the ruling alliance composed of four ethno-regional parties, until Prime Minister Abiy Ahmed, a member of the Oromo ethnic group, came to power in 2018. 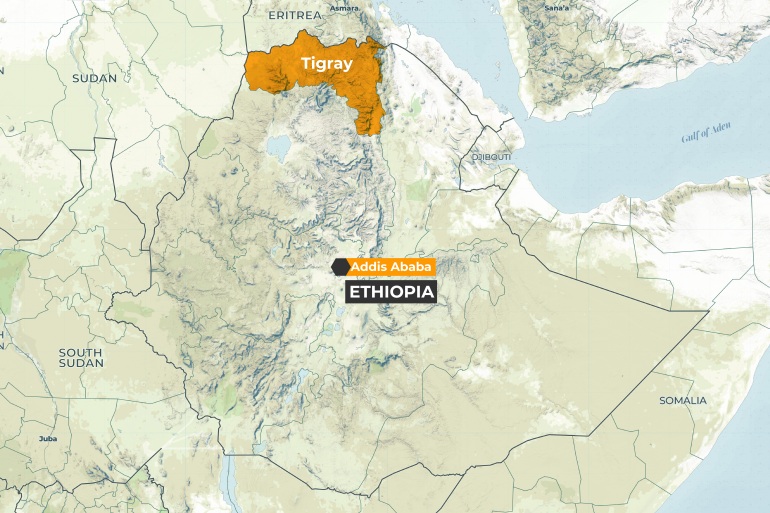 Tigray’s battle-hardened, powerful military also took the lead in Ethiopia’s war against neighbouring Eritrea that raged from 1998 to 2000 over disputed border territory.

The war was only declared officially over in 2018 in a peacemaking effort by Abiy, which won him the Nobel Peace Prize.

The fortunes of the TPLF have waned since Abiy came to power in 2018 after years of anti-government protests forced his predecessor Hailemariam Desalegn to step down.

Under Abiy, Tigray’s leaders have complained of being unfairly targeted in corruption prosecutions, removed from top positions and broadly scapegoated for the country’s woes.

A year ago, the TPLF withdrew from the ruling coalition after Abiy merged it into the nationwide Prosperity Party.

The feud became more intense after Tigray held its own elections in September, defying Abiy’s government which postponed national polls due to the coronavirus pandemic.

Addis Ababa ruled the Tigray government was unlawful and, in return, Tigray said it no longer recognised Abiy’s administration.

The federal government then slashed funding to the region, which the TPLF said was “tantamount to an act of war”.

In what the International Crisis Group termed a “sudden and predictable” descent into conflict, Abiy said on November 4 that the TPLF had crossed a “red line” and attacked a federal military base in Tigray, forcing a “military confrontation”.

The TPLF accuses Abiy of concocting the story to justify deploying the military against it.

However, things moved fast, with Abiy claiming air raids have already been carried out on Tigray military assets and promising more.

Casualties have been reported on both sides but with communications still out, it is difficult to verify either side’s account of events on the ground.

While the eyes of the world have been focused on the US election, alarm is mounting over the prospect of civil war in Ethiopia, which would pit two powerful armies against each other.

Given Tigray has a powerful military, with an estimated 250,000 troops, a war could be lengthy and bloody.

There are concerns a conflict in Ethiopia could reverberate across the already fragile Horn of Africa, impacting neighbours Somalia, Eritrea, Djibouti and Sudan.