American poet Louise Gluck has been awarded the 2020 Nobel Prize in Literature, with judges praising “her unmistakable poetic voice”.

The 10 million Swedish crown ($1.1m) prize is named after dynamite inventor and businessman Alfred Nobel and has been awarded since 1901 for achievements in science, literature and peace in accordance with his will.

The Swedish Academy said Gluck was honoured “for her unmistakable poetic voice that with austere beauty makes individual existence universal”.

Gluck previously won the Pulitzer Prize in 1993 for her collection The Wild Iris, and the National Book Award in 2014.

A professor of English at Yale University, she “seeks the universal, and in this she takes inspiration from myths and classical motifs, present in most of her works”, the Academy said.

It said her 2006 collection Averno was a “masterly” and “a visionary interpretation of the myth of Persephone’s descent into Hell in the captivity of Hades, the god of death”.

Last year’s choice of Austrian novelist Peter Handke unleashed a flood of criticism, leaving many wondering how it could award a writer known for supporting Serbian leader Slobodan Milosevic in the Balkan wars and playing down his army’s atrocities.

Milosevic died in detention in 2006 while awaiting trial on genocide charges at the UN war crimes tribunal in The Hague.

Nobel prizes for medicine, physics and chemistry were awarded earlier this week, and the peace prize is to be announced on Friday.

The literature prize has been dogged by controversy over the past several years.

In 2019, the Academy exceptionally named two winners after postponing the 2018 prize in the wake of a sexual assault scandal involving the husband of one of its members.

The secretive, 234-year-old Academy later announced changes it billed as improving the transparency of the awards process.

The 2016 literature prize granted to American singer-songwriter Bob Dylan sharply divided opinion over whether a popular musician should be given an award that had been largely the domain of novelists and playwrights.

Like much of public life around the world, this year’s awards have taken place under the shadow of the coronavirus pandemic, which led to the cancellation of the splashy Nobel Prize-giving ceremony held each December in Stockholm.

Instead, a televised event will be held with winners receiving their honours in their home countries. 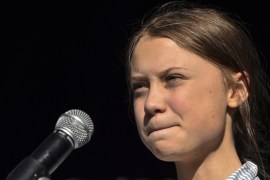 In little more than a year, Thunberg galvanised millions around the world to take part in climate change demonstrations. 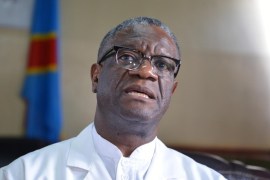 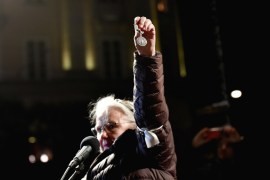 Doctare to return Nobel medal in protest over genocide denier

The awarding of a Nobel prize to Milosevic-supporter Peter Handke has sparked widespread protests.