French authorities have deployed about 1,000 firefighters, four military helicopters and troops to search for at least nine people who are missing after devastating floods from record rains hit a mountainous border region with neighbouring Italy.

The storm moved overnight across southeast France and then struck northern Italy, causing major flooding on both sides of the border.

Five bodies were discovered in northwestern Italy on Sunday, including four washed up on the shore close to the border with France, officials said. The deaths are thought to be caused by severe storms in the region, and at least some of the bodies might have been swept down the French coast.

Four of the bodies were found on a stretch of coast between the border town of Ventimiglia and Santo Stefano al Mare, police said. The fifth one was discovered slightly inland near to a river. None of the victims were immediately identified.

In France, the storm ravaged several villages around the city of Nice on the French Riviera. Nice Mayor Christian Estrosi called it the worst flooding disaster in the area in more than a century.

“The roads and about 100 houses were swept away or partially destroyed,” he told French news channel BFM after flying over the worst-hit area by helicopter.

“I have been particularly shocked by what I saw today,” French Prime Minister Jean Castex told a news conference after visiting affected areas.

Rescue efforts were concentrated on the Roya Valley where firefighters hoped to find survivors and give assistance to people whose homes were destroyed or inaccessible.

In Italy’s Piedmont region, officials reported a record 630mm (24.8 inches) of rain in just 24 hours in Sambughetto, close to the border with Switzerland. The Piedmont regional chief, Alberto Cirio, called on the government to declare a state of emergency.

The water level in the River Po jumped by three metres (9.84 feet) in just 24 hours. Italian firefighters also rescued 25 people trapped on the French side of a high mountain pass due to the flooding.

In Limone Piemonte, close to France, a three-storey house was swept off its foundations and into a river. In the nearby village of Tanaro, floodwaters destroyed the local cemetery, sweeping away dozens of coffins.

Officials said on Saturday that two people died and nine were missing after fierce rains and strong winds lashed the border areas linking the two countries since the previous day.

In Venice, a long-delayed flood barrier system successfully protected the lagoon city from a high tide for the first time on Saturday, bringing big relief following years of repeated inundations. 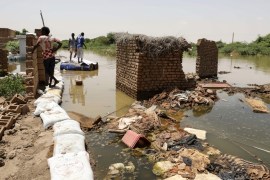 Floods have killed at least 99 people this year and caused total and partial collapse of more than 100,000 homes. 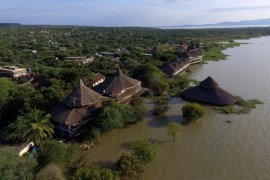 Why Kenya’s Rift Valley lakes are going through a crisis

Thousands of people have been displaced and farms submerged due to heavy rains, climate change and deforestation. 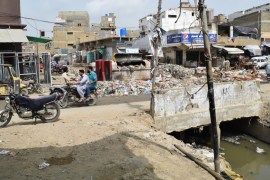