Tehran, Iran – Iranian President Hassan Rouhani has said new, stricter restrictions to curb rising COVID-19 cases will soon be introduced in and around the capital Tehran.

According to the president, new restrictions and potential penalties are being considered for government agencies, private businesses and citizens.

“The first thing is, when someone feels or finds out that they are sick, they must not hide their sickness,” Rouhani said on Saturday while headlining a live televised weekly national coronavirus task force in Tehran.

“So if someone hides their illness, they are in violation [of the rules],” he said, adding that this will carry a severe penalty, the extent of which will be finalised in a meeting next week.

The new restrictions come as COVID-19 infections are experiencing a sharp increase across the country, especially in the capital, which according to officials is now in throes of a third large wave of infections.

On Saturday, 179 more people fell victim to the virus, bringing the total death toll to 26,746, according to health ministry spokeswoman Sima Sadat Lari.

Lari also said during her daily COVID-19 briefing that 3,523 more infections were detected, bringing the total to 468,119. Hospitals are caring for 1,401 patients at the moment, she said.

According to Rouhani, another group being eyed for penalties are people who engage in potentially high-risk activities, including interacting with others who could be sick, who then fail to get tested and isolate themselves.

“We need to react to this with intensity and these people might face penalties,” he said.

The president said that, when the new restrictions are implemented, all government organisations and private businesses that offer services to people not wearing face masks will face penalties.

He said if a government worker offers services to people not adhering to health protocols, they could be suspended from work for up to one year. Private businesses, on the other hand, could have their doors closed by the government for up to one month.

Lastly, Rouhani said a mandatory face mask rule across Greater Tehran will also call on people to keep their face coverings on at all times or face consequences.

“For now we are emphasising on using masks, if they don’t use masks, they must get a penalty,” he said, adding that soon-to-be-announced penalties will be imposed on individuals after they receive a warning first.

The president also reiterated that it is now illegal to cross the border to neighbouring Iraq to take part in religious pilgrimages this year. Each year, millions of Muslims flock to Iraq to observe mourning ceremonies.

According to officials, the majority of Iran’s 32 provinces are currently classified as red – the highest level – in a colour-coded scale denoting the severity of the COVID-19 outbreak. Tehran is by far the hardest-hit area in the country battling the worst COVID-19 outbreak in the Middle East.

On Saturday, the top anti-COVID coordinator for Tehran called on the capital’s governor to impose a one-week closure of a wide range of businesses to slow the spread of the virus.

Alireza Zali said universities, schools, cinemas, hair and beauty salons, events, sports clubs, cafes, indoor pools and gyms should be among places that should be shut down for one week in the capital.

By announcing that two people had died in the Shia holy city of Qom just south of Tehran in late February, Iran officially recognised its first coronavirus cases. The country managed the first wave of the virus by implementing quarantine measures in parts of March and April.

Iran experienced another large wave of infections in mid-summer before managing to bring down the number of cases, hospitalisations and deaths. 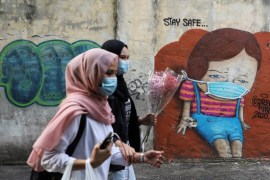 COVID-19 can still be confusing, even months after its first international transmission. So what do we know now? 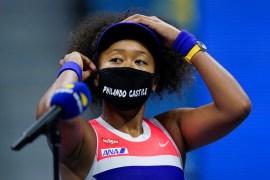 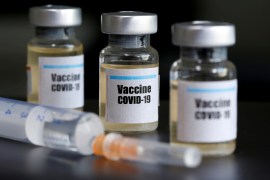 Effort to bring coronavirus vaccines to the poor faces obstacles

As countries rush to secure potential vaccines, there are fears WHO-led project Covax is a few steps behind.