Iran has temporarily released Iranian-French academic Fariba Adelkhah, who has been in prison over national security charges, according to her lawyer.

Adelkhah “was released with an electronic bracelet. She is now with her family in Tehran”, lawyer Saeed Dehghan said on Saturday, without giving other details.

“We hope this temporary release will become final,” he added.

A research director at Sciences Po university in Paris, Adelkhah was arrested in June last year. On May 16, she was sentenced to six years in prison for “gathering and conspiring against national security”.

“Of course she has another sentence which is one-and-half years but considering the time she has been in jail, she will only serve five years in total,” Gholamhossein Esmaili said at the time.

Born in Iran in 1959 but living in France since 1977, Adelkhah is a citizen of both countries.

The anthropologist has maintained her innocence, while French authorities have called the charges baseless and demanded that Adelkhah be released, saying her detention was harming trust between the two countries. In early June, French President Emmanuel Macron said Adelkhah had been “arbitrarily arrested in Iran” and called her detainment “unacceptable”.

Iran, which does not recognise dual nationality, has sharply criticised France’s calls for Adelkhah’s release as “interference” in its internal affairs.

Adelkhah’s French colleague and partner Roland Marchal, who was detained along with her, was released in March in an apparent prisoner swap. 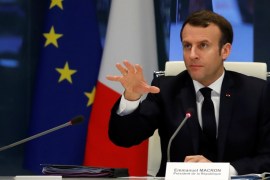 Release of Roland Marchal comes after Iranian Jallal Rohollahnejad is freed by France. 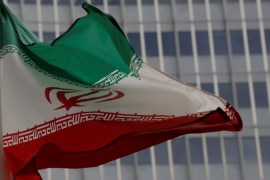 Iran doctor freed by US returns home after prisoner swap

Majid Taheri is the second Iranian to return from the United States in the past week after months of quiet diplomacy. 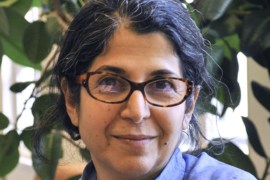 Series of events mark anniversary of Fariba Adelkhah’s arrest as Paris city hall displays her portrait on its facade.