The Justice Department in the United States has charged eight people with working on behalf of the Chinese government in a campaign aimed at coercing a Chinese family wanted by Beijing to return to China to face charges, according to court documents.

Five of the eight, including an American private investigator who was hired to spy on the family, were arrested on Wednesday in three US states.

The remaining three are believed to be in China. The US does not have an extradition treaty with the country, but it does require anyone acting on behalf of a foreign power to register with US authorities.

All eight are charged with conspiring to act as illegal agents for a foreign government, and are accused of participating in a covert operation that officials say was built on intimidation, bullying and “very disturbing” tactics to pressure Chinese nationals living overseas and sought by Beijing to return home.

“This is the first case of its kind, and I think it is significant,” said Seth DuCharme, the Acting US Attorney for the Eastern District of New York.

“What makes the case really stand out is that it directly involves the efforts of a foreign power to conduct unilateral activity here on US soil, in violation of our laws.”

A spokesman from the Chinese embassy did not have an immediate comment in response to the allegations.

The criminal complaint alleges that the group plotted to target a former Chinese government employee and his wife and daughter, who have been living in New Jersey since 2010.

The harassment included affixing “a threatening note” to their door.

The note allegedly said: “If you are willing to go back to mainland and spend 10 years in prison, your wife and children will be all right.  That’s the end of this matter!”, the Justice Department said in a press release. They also received threats on social media, as well as packages containing taped video threats.

“With today’s charges, we have turned the PRC’s Operation Fox Hunt on its head,” Assistant Attorney General for National Security John Demers said in the statement. “The five defendants the FBI arrested this morning on these charges of illegally doing the bidding of the Chinese government here in the United States now face the prospect of prison.”

According to notices posted by China with Interpol in 2012 and 2014, China listed the New Jersey man as a fugitive wanted on charges of embezzlement, abuse of power and accepting bribes.

Three of the defendants – Zhu Yong, Hongru Jin, and Michael McMahon – were arrested on Wednesday in New York and New Jersey.

A judge order McMahon released on a $500,000 bond secured by a New Jersey property, and declined a request by the government to detain Yong Zhu pending trial. He was also released on bail.

“I don’t understand it because I didn’t do anything that is illegal,” Yong Zhu said through an interpreter. “I was performing a legitimate profession as a driver.”

The arrests are among a series of recent actions the Trump administration has taken against China, a country President Donald Trump regards as a key rival.

In July, the Justice Department charged hackers working with the Chinese government with targeting firms developing vaccines for the coronavirus and stealing hundreds of millions of dollars worth of intellectual property and trade secrets from companies across the world. 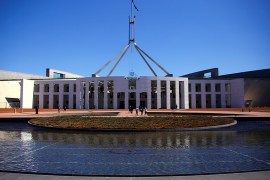 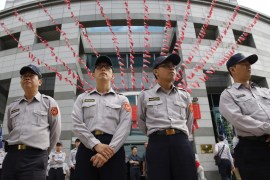 Senior executives of Hong Kong-listed company questioned in Taipei after being detained while attempting to leave. 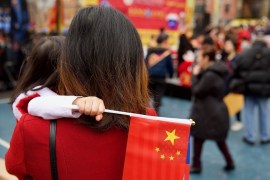