A new survey conducted by the Centers for Disease Control and Prevention (CDC) in the United States has found that mask-wearing has increased as the coronavirus pandemic deepened in the US, but younger Americans are the least likely to observe containment measures.

The survey, which was released on Tuesday, found that between April and June, the proportion of US adults who reported wearing masks increased from 78 to 89 percent. It polled more than 2,000 people over the age of 18.

But younger US adults – aged 18 to 29 – were more lax in observing preventive measures, resulting in more infections in their age group in later months, the CDC found.

Among that group, mask-wearing only increased from 69.6 to 86.1 percent from April to June.

“These findings underscore the need to prioritise clear, targeted messaging and behaviour-modification interventions, especially for young adults,” the report said.

“Although younger people are less likely to suffer the most serious complications of COVID-19, the infection can still be serious in some cases; and even those with mild cases or who are asymptomatic can spread the virus to older people, who are most vulnerable,” CDC researchers said.

Adults aged 60 years and older were the most likely to follow the recommendations of the CDC. From April to June, older adults who reported wearing masks increased from 83.7 to 92.4 percent.

CDC researchers who analysed the survey results said the older age group “might be more concerned” about the pandemic because of the potential risks to their health.

While the CDC has suggested several preventive measures to help contain the spread of the coronavirus, including mask-wearing, US President Donald Trump and many members of his administration have repeatedly ignored its recommendations.

Health critics say that Trump has sent the wrong signals to the public by flouting the rules on mask-wearing. He and his wife, Melania, tested positive for the virus earlier this month, as did their son, Barron.

After Trump tested positive, he also repeatedly ignored pleas by medical experts to isolate himself and instead appeared in public to rally support in his bid for re-election on November 3.

As of Tuesday, nearly 8.8 million people have been diagnosed with the virus in the US and nearly 227,000 deaths reported, the highest numbers the world.

The country is also seeing a new wave of cases, with a daily record of more than 85,000 last Friday. More than 74,000 cases were also reported on Monday – still higher than the previous record in July of more than 73,000.

The CDC survey also noted that there was either a decrease or no change reported in the observance of other measures recommended by the CDC, such as hand-washing, social distancing and avoidance of mass gatherings.

But those US adults who reported wearing masks were more likely to follow other preventive measures and more concerned about helping stop the spread of the virus. 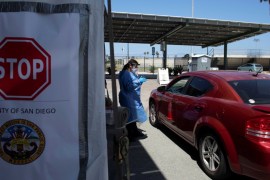 32 states have reported record increases in coronavirus cases in July and 16 states an increase in deaths. 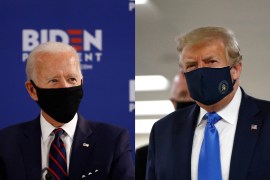 Mehdi Hasan challenges a Trump campaign surrogate and a Democratic operative over US failure to control the pandemic. 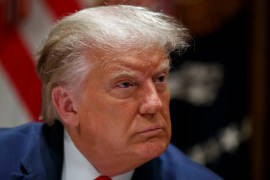 Trump on US coronavirus deaths: ‘It is what it is’

Trump made the comment during an interview in which he also downplayed the legacy of civil rights icon John Lewis.