The US State Department has approved the potential sale of 100 Boeing-made Harpoon Coastal Defense Systems to Taiwan in a deal worth as much as $2.37bn, the Pentagon said on Monday, just a day after China said it would impose sanctions on US companies involved in weapons’ sales to the island.

The move came days after the State Department approved the potential sale of three other weapons systems to Taiwan, including sensors, missiles and artillery with a potential value of $1.8bn.

On Monday in Beijing, a Chinese foreign ministry spokesman told reporters China will impose sanctions on Lockheed Martin, Boeing Defense, Raytheon and other US companies involved in Washington’s arms sales to Taiwan.

US State Department spokeswoman Morgan Ortagus said in a statement: “We deplore Beijing’s efforts to retaliate against US and foreign companies for their sales that support Taiwan’s legitimate self-defence requirements.”

Taiwan said it welcomed confirmation of the latest US weapons sale.

“(It) demonstrates the US government’s commitment to the Taiwan Relations Act and Six Assurances,” the ministry wrote in a Tweet. “It also enables the country to maintain a robust self-defense, & regional peace & stability.”

The US and China are at loggerheads over issues from trade to human rights and the disputed South China Sea, and President Donald Trump has made a tough approach to China central to his campaign for a second term in office in elections on November 3.

The US is bound by law to provide Taiwan, a self-ruled island that is one of Asia’s most vibrant democracies, with the means to defend itself.

Beijing sees Taiwan as part of its territory and has has not ruled out the use of force to achieve reunification. It has stepped up pressure on the island since Tsai Ing-wen was first elected president in 2016, and Taiwan says it has been forced to scramble its jets scores of times this year because of Chinese airforce activity.

We welcome @StateDept‘s approval of a US$2.37 billion arms sale to #Taiwan🇹🇼. The determination demonstrates the #US🇺🇸 government’s commitment to the #TaiwanRelationsAct & #SixAssurances. It also enables the country to maintain a robust self-defense, & regional peace & stability. https://t.co/3jYf4xrtz9

The formal notification gives Congress 30 days to object to any sales, but this is unlikely given broad bipartisan support for the defence of Taiwan. 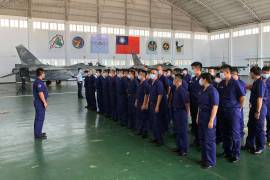 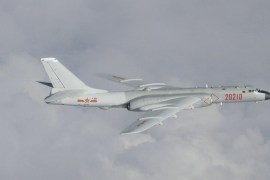 China conducts more exercises near Taiwan as US official visits

China, which claims the democratically-ruled island as its own, says combat drills are to defend its ‘sovereignty’. 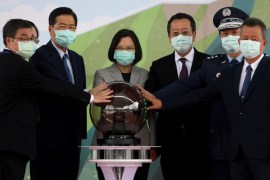 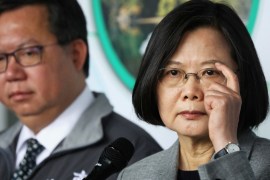