“I declare… Ramkalawan as the elected candidate,” the electoral commission chairman Danny Lucas said on Sunday.

The opposition, narrowly defeated in a presidential election in 2015 and buoyed by a landmark victory in a parliamentary poll a year later, won its first presidential poll in the 40 years since Seychelles gained independence from Britain.

Ramkalawan, an Anglican priest and leader of the Seychelles Democratic Alliance, was running for the presidency for the sixth time. He lost the 2015 poll by 193 votes to James Michel in an unprecedented second round of voting.

“Faure and I are good friends. And an election does not mean the end of one’s contribution to one’s motherland,” Ramkalawan said in his victory speech. “In this election, there were no losers, there were no winners. Our country was given the opportunity as the ultimate winner.”

As Ramakalawan spoke, Faure, who garnered 43.5 percent of the votes, sat close by, nodding his head.

Voters on the main islands of Seychelles cast their ballot on Saturday in presidential and parliamentary elections spanning three days. More than 74,000 registered to take part in the polls.

“Seychelles is one of the most unequal countries in the world. There is a small wealthy minority that own hotels and tourist businesses. Many of them are descendants of people from Europe. But majority of the islanders are much less wealthy and many of them descendants of people who were enslaved by colonialists to work on plantations,” Webb said.

“The ruling party used to pick up a lot of support from the less wealthy part of the society. The opposition tended to be backed by business owners and wealthier people. It now seems a lot of people have lost confidence in the former ruling party,” he added.

The campaign took place mainly over social media, with rallies banned due to the coronavirus.

Seychelles has recorded only 149 cases, mostly imported, but the pandemic has been a burning campaign issue as restrictions on global travel bottom out the tourism industry – a major earner for Seychelles and employer for many of its 98,000 people.

Visitor numbers have collapsed since March in the archipelago nation of 115 islands, normally a popular destination for honeymooners and paradise-seekers drawn by its fine sandy beaches and turquoise waters. 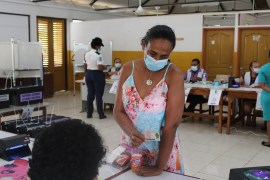 Voters go to polls amid economic downturn as restrictions on global travel bottom out the tourism industry. 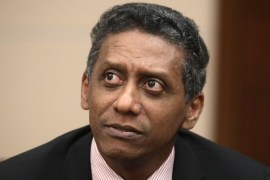 President of Seychelles: The politics behind paradise

Danny Faure discusses what a political establishment that has been in power since 1977 has to offer moving forward. 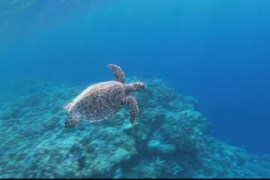 Seychelles sets up protection for 30 percent of surrounding sea

The government says it worked closely with companies to decide which areas to protect.