Trump has been focusing on “law and order”, Biden has been trying to strike a conciliatory note. The Black Lives Matter movement and whether Trump will release his taxes are among the many issues Americans will consider when choosing their president.

As the hotly contested election approaches, Al Jazeera has been speaking to voters across the US asking nine questions to understand who they are supporting and why. 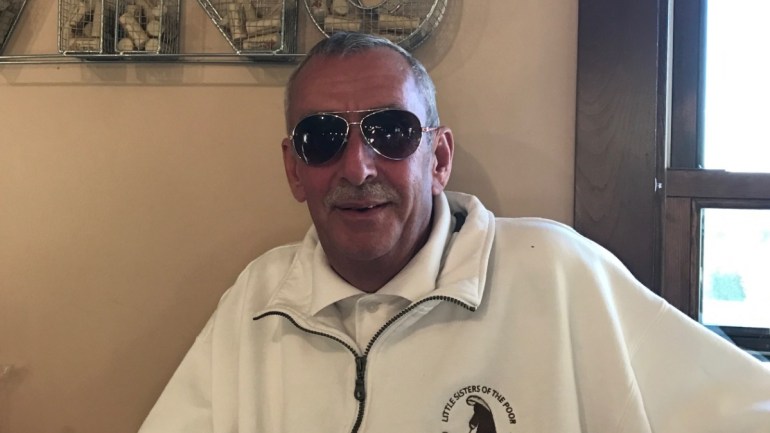 “I always vote. I never miss any elections … The primary was the first one we did mail-in ballots, because of COVID-19. When I was 18 I started. My parents always (voted) and I always did, too.

“I’m a Democrat my whole life and then last election I voted Republican for Trump. I was tired of the Clintons and all that.

“This election I don’t know what I’d say the top priority would be. I hope they fix this COVID-19 thing. One of them has to do something, whoever gets in there.”

“I was undecided, but now I’ve voted for Biden.”

“I had leaned towards Biden because he’s a local man. And he’s probably the only Democrat that could beat Trump.

“I didn’t like some of the stuff Trump was saying. Four years ago I voted for him, now I’m voting for Biden, it’s as simple as that. I think Biden’s gonna win, but it’s gonna be a close election and anything could happen.”

Are you happy with the state of the country?

“Except for the pandemic, yeah.”

“I hope the Democrats or Republicans start getting along and we get some bills passed for the people, instead of always fighting over so many things. They’re always just fighting.

“The Democrats hate Trump and basically that’s it, they don’t like him. They don’t want him in there. I don’t know. They gotta live with it.”

“You know, a lot of presidents are not liked when they come in … I’d like to see more cooperation with Congress and the Senate. It seems like real quick they got along with this pandemic, and they gave out that stimulus money … But they didn’t get along real well after that.”

What is your biggest concern for the US?

“Once people get settled down, once people get back to work, it’ll solve the other problems with the unemployment. And also the Black Lives Matter, you know, [George Floyd] getting killed … They have to settle these race issues and the COVID-19.”