Israel will not oppose US sales of “specific weapons systems” to the United Arab Emirates (UAE), Israeli Prime Minister Benjamin Netanyahu and Defence Minister Benny Gantz said, in an apparent reference to the high-tech F-35 warplanes sought by Abu Dhabi.

Under a principle of preserving Israel’s “qualitative military edge”, the United States consults with it on proposed sales of advanced arms to other countries in the region.

Israel has reiterated a need to maintain its military superiority since forging official ties with the UAE and fellow Gulf Arab state Bahrain under deals brokered by US President Donald Trump.

Washington agreed to consider allowing the UAE to buy F-35 stealth jets in a side deal to the normalisation agreement between Israel and the Emirates.

Gantz reached agreements in Washington this week with US defence chief Mark Esper that he and Netanyahu said would significantly upgrade Israel’s military capabilities.

“Since the US is upgrading Israel’s military capability and is maintaining Israel’s qualitative military edge, Israel will not oppose the sale of these systems to the UAE,” they said on Friday.

The Israeli statement did not mention the F-35 explicitly, however.

“We’ve never had a dispute with UAE; they’ve always been on our side. And that process is moving along – I think hopefully rapidly,” Trump said. He was speaking in the White House Oval Office after announcing that Sudan would be the next country in the region to forge ties with Israel.

The removal of Israeli opposition clears one important hurdle to US congressional approval of F-35 sales to the UAE. US lawmakers have tried to rein in the Trump administration’s plans for arms sales to the Emirates and Saudi Arabia because of concerns over their involvement in the war in Yemen.

Israel enjoys broad support in Congress and if it opposed the deals, it would be nearly impossible for them to advance.

The US Senate Foreign Relations and House of Representatives Foreign Affairs committees, whose members have criticised the UAE’s role in civilian deaths in Yemen, have the right to review and block weapons sales. 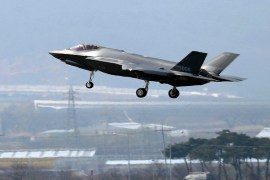 The prospect of the UAE now obtaining advanced US weaponry such as the F-35 stealth fighter jet has worried Israel.

Israel: No policy change on US arms sales to United Arab Emirates

Israeli media says PM Netanyahu may have abandoned Israel’s opposition to the sale of military equipment to the UAE. 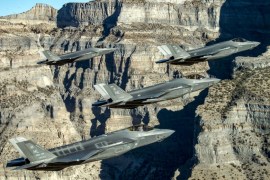 US, UAE may agree on F-35 deal by December: Reuters

UAE could be the first Gulf state to possess the stealth jet, as US studies deal that is also acceptable to Israel.