Tens of thousands of people in Uganda and Tanzania have been hurt by human rights violations linked to Total’s oil operations in Uganda, according to two French activist groups.

Amis de la Terre France (Friends of the Earth) and Survie (Survival) are seeking a court order requiring the company to disclose how it is addressing the alleged adverse impact of its activities, citing an obligation to do so under French law.

The campaign groups, along with Ugandan activists, have alleged that Total intimidated and failed to properly compensate local landowners affected by work on its Tilenga project in Uganda, and said environmental safeguards were insufficient.

In their latest report on Tuesday, they added that the situation was also disrupting access to education and healthcare in some cases.

Reacting to the report, Total rejected allegations that it had infringed on human rights.

The company, in a statement cited by news agencies, said compensation payments had been delayed because of the coronavirus pandemic. It added the project was suspended in September, causing delays, and that it was “currently discussing an interim payment system with the Ugandan authorities”.

The project “was conceived with over-arching concern to minimise and attenuate the impacts on local communities”, it continued, adding that it had carried out awareness campaigns to inform communities of their rights.

“In no case was it prohibited to cultivate [lands] before their effective cession.”

One French court previously ruled that it was not within the court’s remit to judge the case. The activists appealed the decision, and another ruling is due next week.

With its Tilenga project, Total intends to sink more than 400 wells linked by a network of pipelines, with an anticipated output of 200,000 barrels per day, according to the AFP news agency.

Of the total, 132 boreholes will be drilled in Uganda’s Murchison Falls National Park, on the shore of Lake Albert.

“There are now several tens of thousands who have been affected and who have begun to lose their means of subsistence: one of the main violations … arises from restrictions imposed on the communities regarding the use of their farming land, on which they depend to survive, and this comes well before they receive their compensation,” the activist groups said.

“Total is also the main developer in the EACOP (East African Crude Oil Pipeline) project … a giant pipeline 1,445 kilometres (900 miles) long, which would be heated to 50°C (122°F) and carry oil extracted from the shores of Lake Albert in Uganda” to the northeast coast of Tanzania, Tuesday’s report said.

“These two projects entail massive population displacements,” according to the report, which the groups said was based on “a field study carried out between June and September”.

Residents quoted in the report voiced fears of famine, an allegation also denied by Total.

The environmental lobbies are also worried about the ecological consequences of the oil projects, declaring that more than half the bird species and 39 percent of the mammalian animal population of the African continent are represented in the Lake Albert Basin. 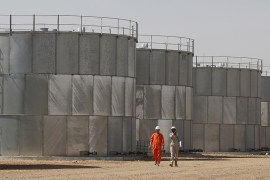 British firm gets punished by investors after scrapping dividend over failure to meet production targets. 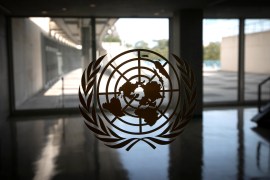 The United Nations Conference on Trade and Development’s estimate is its most comprehensive to date for Africa. 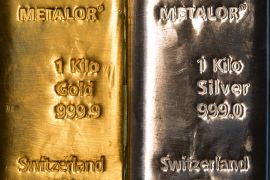 The estimate is the United Nations Conference on Trade and Development’s most comprehensive for Africa to date.