Trump has been focusing on “law and order”, Biden has been trying to strike a conciliatory note. The Black Lives Matter movement, and whether Trump will release his taxes are among the many issues Americans will consider when choosing their president.

As the hotly contested election approaches, Al Jazeera has been speaking to voters across the US asking nine questions to understand who they are supporting and why. 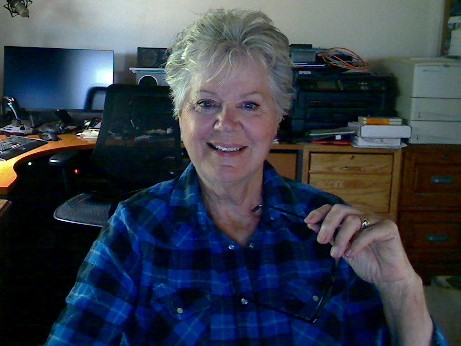 “Yes, I will be voting. I’ve never missed a vote. My parents were active and I grew up being aware of politics and the state of our country. I think that being a Peace Corps volunteer had a bigger impact on my voting and my ideas of how [elections] should be.”

“Entrenched corruption in our government. Our bureaucrats are making laws. The legislature, the Congress, do not make laws any more. They try to get it through this Supreme Court, and so many of our congressmen enrich themselves. They’ve been there too long. I think the phrase is ‘draining the swamp’ right now.”

“Yes, he is an outsider. And I think that’s one of the reasons there is so much resistance. And the more resistance, the more I know it’s right. Because there is so much entrenchment in [Washington] DC. It’s like another country. My son lives there, and he works for the Department of Defense. [Idaho] is the West, and the West is different from the East Coast. And they seem to forget that there’s the rest of the world out here, the rest of the country.”

Are you happy with the current state of the country?

“At the moment, we are lawless. We have attorneys – prosecuting attorneys in different states who do not prosecute. In Portland, Seattle, they have stood back and let people break the law.

“I lived in Sierra Leone, in Peace Corps. I’ve learned in Africa that when you don’t treat someone equally, and you do it because they’re a different colour than you are, you’re a racist, as far as I’m concerned.

“If you don’t speak out and say, ‘wait a minute, fellow, you know, we’re on equal footing here. You don’t pee on my leg and call it rain’, that’s the western term. That’s racist. If you hold back. If you say, look, we’re equal. You’re not going to burn down my house. You’re not going to burn down my store. And we’re lawless right now. And we’re doing it because when they talk about systemic racism, that’s the part that’s true.

“If we don’t call your number, because you’re ruining and burning down our city because you’re Black, or because you’re Brown, or because you’re a millennial female who’s been propagandised into feeling that the world isn’t right unless you are angry … It seems a lot of young women are angry. I don’t understand that. I’m 76, so I lived through the 60s. And the reason Nixon got elected, was because of the right, and lawlessness. We’re gonna do it again.”

“I would like to see term limits on our congressman – 40-50 years is way too long. Harry Reid came in as a poor man, who was a real estate man – didn’t have two quarters to rub together – and he left a multimillionaire. Obama came into his presidency with a million dollars from his book deal. He’s now 40 million-plus – how does this happen? Is there something going on in DC? This isn’t right. And so common term limits, I think, are really important – though they’re not going to vote for them themselves. But term limits are an issue, and following the law.”

“Here we have a transfer of power that’s always been peaceful, and it’s not right now. And that’s not the Republicans’ fault. That is the media and the Democrats’ fault. They did not accept who won. They weren’t prepared for Hillary losing, they are so convinced that she was going to win. And she didn’t, okay? Next four years, you’ve got a chance to make it different. But they have totally turned this into a violent response.

“And part of the hate for Trump is just because he won, and the encouragement ‘this guy’s a bad guy – he’s orange man bad.’ When you go and see what he’s done, and actually, he’s done [a lot] without the Congress and look at the Middle East peace deal. And nobody’s talking about it. We’re actually having Arabs and Jews talk together in the Middle East. It’s never happened. I wished that the Democrats would accept whoever lost. That’s the way it is here. But this business is not a peaceful transfer of power. It’s just sad.”

What is your biggest concern for the US?

“We get back to the peaceful transfer of power. Senator Biden, I think that’s elder abuse. I’m sorry, the man is not right together. I mean, he’s only a year older than myself. But you can see him failing. And I just don’t understand why his wife is allowing him to run. I mean, this is elder abuse. But he got the numbers and so that’s okay. But he’s not going to be able to serve more than six months.”