On Saturday, Paris and other French cities will be placed under a nighttime curfew which will last for at least a month.

Meanwhile, the United Kingdom is banning mixed household gatherings in the capital city of London, and German Chancellor Angela Merkel has urged citizens to stay at home whenever possible after 7,830 cases emerged over 24 hours.

“We have to do everything to prevent the virus from spreading out of control. Every day counts,” Merkel said in a weekly video podcast on Saturday.

Cases of the disease, which has upended life across the globe and wreaked social and economic havoc, have been soaring beyond levels seen in the first wave earlier this year when many countries sought to stem the tide with lockdowns of varying degree.

The World Health Organization (WHO) dubbed a 44 percent rise in European cases in a week as “very concerning”.

In the face of the surge, governments have been forced to implement ever tighter measures to control the virus’s spread, while trying to avoid full-on lockdowns.

“My COVID test result is positive. Contamination probably occurred within my family circle given the precautions taken outside my home,” she said on Twitter.

The virus has now killed 1.1 million people across the planet since it first emerged in China in December, with the United States suffering the most deaths of any country at more than 218,000.

“It’s terrible. It feels to me like being back in March,” Hocine Saal, head of emergency services at the hospital in the Paris suburb of Montreuil, told AFP – adding that rising numbers of non-coronavirus patients made coping “really difficult”.

In the UK, which has Europe’s highest death toll at more than 43,000, restrictions are being ramped up with bans on indoor meetings between members of different households in London and several other English cities.

About 28 million people – almost half of the population of the UK – are now subject to tight social restrictions. But some cities have seen angry protests at what some people see as a return to a virtual lockdown.

In Italy, the wealthy northern region of Lombardy has ordered all bars to shut at midnight as the area where Europe’s first virus cases emerged in February battles a second wave.

Elsewhere in Europe, Poland, the Czech Republic and Belgium all announced daily record caseloads this week.

Belgian authorities said on Saturday they had reached 200,000 cases less than a month after surpassing 100,000. 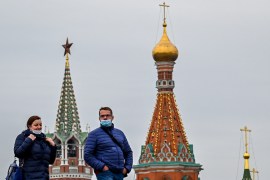 The latest figures pushed the overall total number of infections in the country to 1,285,084. 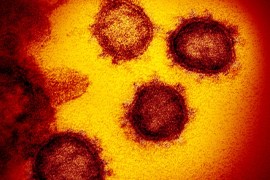 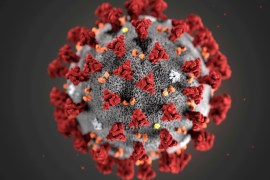