Just minutes before, Kong Sam An had been among five opposition supporters sentenced to seven years in prison for allegedly plotting to overthrow Cambodia’s government.

“My father is not guilty. Please, NGOs help us,” Mouyly, 31, pleaded in a video released on social media. Next to her, Mouyly’s 65-year-old mother Eab Sour held her hands together and begged: “Please help us.”

Such cries of desperation are becoming increasingly common in Cambodia, where long time leader Hun Sen and his Cambodian People’s Party appear to be pursuing an unrelenting campaign to wipe out all opposition to their rule.

The main opposition party – the Cambodian National Rescue Party – was dissolved in 2017, and its members and supporters have been targeted by authorities ever since.

Kong Sam An and his co-defendants were among more than 140 CNRP activists arrested as of the end of September. Officials in the governing party have made it clear it is determined to completely eradicate the organisation.

“There is no future for CNRP since November 16, 2017,” CPP spokesman Sok Eysan told Al Jazeera.

The CPP – in power for four decades – wants to avoid the threat it faced in 2013 when the then-recently-formed CNRP came close to ousting it from power in that year’s general election.

The near-win was historic and followed by months of mass protests calling for the government to step down. After a period of relative calm, the CNRP was targeted again in 2017 after commune elections revealed the party had retained its popularity among Cambodians and was likely to do well in general elections scheduled for the following year.

The bleak situation raises the question about how or whether the CNRP can ever regain a place in Cambodia, which has been effectively transformed into a one-party state.

The opposition leaders have been targeted by the government. One, Kem Sokha, is in Cambodia but under court supervision while awaiting the resumption of his trial on alleged charges of treason.

The other, Sam Rainsy, fled the country in 2015 for fear of arrest and now faces several charges, widely seen as politically motivated.

While Kem Sokha is restricted from engaging in political activity under the threat of being returned to prison, Rainsy has adopted an increasingly aggressive approach.

Some observers question whether this strategy is putting more supporters at risk.

Many of those behind bars were arrested for allegedly supporting Rainsy’s aborted attempt to return to Cambodia last year after borders were closed to him.

Nevertheless, the dual French/Cambodian citizen has, once again, announced his plan to return.

“Please folks, be prepared, as soon as I arrive, please unite a strong force and bigger force to get rid of Hun Sen’s treasonous regime,” he said in a video released on social media in September.

Cambodia analyst Astrid Norén-Nilsson says Rainsy’s attempts to grab attention have never seemed “less credible” and were likely to be overshadowed by the pandemic.

While Cambodia has managed to control the spread of COVID-19, the World Bank says the epidemiological and economic crises unleashed by the pandemic pose “the greatest threat to Cambodian development in its 30 years of modern history”.

The economy “is likely to register its slowest growth since 1994”, the bank warned in May.

“It certainly does nothing to help the chances of jailed supporters of being released,” said Noren-Nilsson, author of Cambodia’s Second Kingdom: Nation, Imagination, and Democracy.

“And already on high alert, fearing a popular backlash from Covid-induced hardship, the government’s reaction can only be heavy-handed,” she said, via email.

“Even more worrying for the future of the opposition perhaps, is that Rainsy’s announcement of a return seems like such a tired move.”

In the meantime, the government crackdown continues and has increasingly focused on young activists and environmental campaigners not affiliated with the CNRP.

The spate of arrests spiked after the seizure of high-profile union leader and government critic Rong Chhun at the end of July who was accused of spreading “fake news”.

Phil Robertson, Deputy Asia Director for Human Rights Watch told Al Jazeera the Cambodia government seemed to be trying to completely scare the CNRP and its members into submission.

“It is trying to intimidate the remaining CNRP members into silence and pursuing and persecuting the former CNRP district councillors in their local communities. The government is really pursuing scorched earth tactics since it sees the CNRP as posing a challenge to its absolute rule.”

Kem Monovithya, daughter of Sokha, said the government’s strategy now seemed to be blanket repression to stop “a spark from becoming fire”.

“They fear resistance would grow,” she said. “They can’t handle competition in free and fair elections.”

Monovithya said there would need to be a “big political solution” to see political prisoners released.

“I don’t see that they would release the activists before that happens,” she said.

However, it remains to be seen what that solution would look like.

The CPP appears uninterested in negotiating and Western donors’ influence and leverage on human rights issues have been reduced by the rise of China, which is now Cambodia’s largest source of aid and investment.

The European Union – one of Cambodia’s biggest markets – tried and failed to get Hun Sen to release Kem Sokha and relax its crackdown on the CNRP.

Their efforts ended with the partial suspension of Cambodia’s preferential trade benefits in February, a punishment that appears to have done little to curb the crackdown on opposition supporters.

Sophal Ear, an associate professor of diplomacy and world affairs at Occidental College in the US, said while China’s support offered some insulation for the government from its actions, it was still doing “immeasurable” harm to the economy by offsetting the West.

He said while the CNRP’s current state was “not bright” there was still hope.

“The CNRP, whether it is there or not, still holds an idea that cannot be extinguished. As long as one person still believes in the idea that the Cambodian government cannot simply run roughshod of human rights, democracy, and freedom, there is hope,” he said.

“The economic influence of China is strong, but things can change overnight. Cambodia’s economy is in tatters now, how long do you think people will need to wonder where $1.2bn in alleged stimulus money went?”

Astrid Noren-Nilsson said while the CNRP’s future was “opaque” it was still important.

“Despite its strategic shortcomings, the party still represents the sole hope for many supporters, who remain loyal through thick and thin,” she said.

“Both the government and opposition sides are aware that dormant resistance has in Cambodian history at points of time intensified suddenly, with dramatic consequences.” 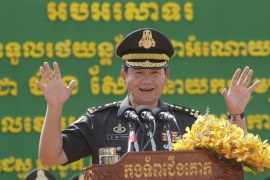 But Prime Minister Hun Sen’s eldest son will need to gain the trust of Cambodian voters to complete his ascent to power. 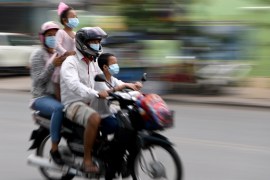 All coronavirus patients recover in Cambodia, no cases for weeks

The last COVID-19 patient, a 36-year-old woman from Banteay Meanchey, has been discharged from a hospital in Phnom Penh. 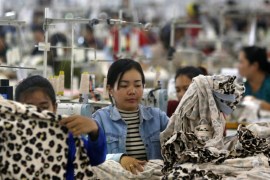 The changes will take place on August 12, 2020, unless EU governments or the European Parliament block them. 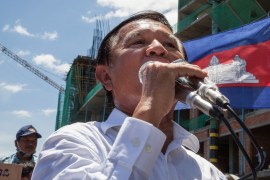 Trial of Kem Sokha under way two years after he was arrested in what some say is a politically charged prosecution.