By Asad Hashim and Saadullah Akhtar

Islamabad, Pakistan – Unidentified gunmen killed at least 14 people in the southwestern Pakistani province of Balochistan on Thursday after ambushing a convoy of vehicles travelling on a major highway towards the country’s largest city, Karachi.

The vehicles were travelling to Karachi from the port town of Gwadar when they were ambushed near the small town of Ormara, about 250km (155 miles) west of their destination, a security source said.

The dead included security forces personnel who were accompanying the convoy, he said. The official was speaking on condition of anonymity because he was not authorised to speak to the media.

The bodies of those killed were shifted to a nearby naval base, local officials told Al Jazeera.

Zia Langove, provincial home minister in Balochistan, confirmed the details of the attack but put the death toll at 15. He added the ambush involved at least seven assailants armed “with rocket launchers and other heavy weapons”.

“The attack was carried out by between seven and eight attackers who fired at the convoy with rocket launchers and other heavy weapons. They escaped from the area,” he said.

Langove said the convoy of vehicles was carrying employees of the state-owned Oil and Gas Development Corporation Limited. He said there were several wounded survivors but did not specify an exact figure.

The highway was temporarily shut down following the attack, as security forces launched a search operation in the area.

No group immediately claimed responsibility for the attack, but the incident was similar to previous assaults by armed ethnic Baloch separatist groups on convoys on the same stretch of highway.

In April last year, at least 14 people were killed when gunmen attacked their vehicles in the same area as Thursday’s attack.

That attack was claimed by the Baloch Raaji Aajoi Sangar (BRAS), an alliance of armed ethnic Baloch separatist groups who demand independence from Pakistan.

In July, at least eight soldiers were killed and five others wounded when armed ethnic Baloch gunmen attacked a security forces convoy in the Panjgur area, about 160km (99 miles) north of the site of Thursday’s attack.

In a separate development, at least six Pakistani soldiers were killed during an improvised explosive device attack on their vehicle convoy near the northwestern town of Razmak, in North Waziristan district, on Thursday, Pakistan’s military said in a brief statement.

The military did not provide any further details on that attack.

Violence in the northwestern districts of North Waziristan and South Waziristan, once home to the Tehreek-e-Taliban Pakistan (TTP), has been on the rise this year, with a series of gun attacks and bombings targeting security forces.

The area was once virtually ruled by the TTP and its allies, as well as local armed groups, but a large-scale Pakistani military operation launched in 2014 killed thousands of fighters and displaced the TTP’s leadership and command structure into neighbouring Afghanistan.

Since then, the military has moved in to take control of the districts, with Pakistan’s parliament passing a landmark law in 2018 to merge the erstwhile “tribal districts” with the country’s constitutional and administrative mainstream. 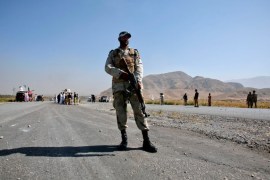 A group of unidentified gunmen open fire on the security forces’ convoy in Balochistan province. 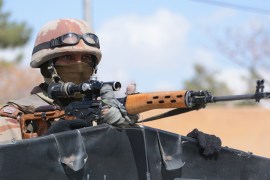 Baloch seek answers from Pakistan as more disappear in conflict

Balochistan separatists say more than 5,000 people have gone missing in decades of conflict in southwestern Pakistan. 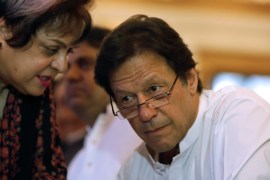 Kashmir and Balochistan: Will Pakistan own up to rights abuses?

We challenge Pakistan’s human rights minister on alleged government abuses and the treatment of religious minorities. 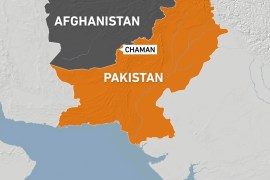 At least six killed and 10 wounded in explosion targeting anti-drug force in the border town of Chaman.