United States Secretary of State Mike Pompeo has urged Saudi Arabia to recognise Israel, in what would be a strategic boost for the Jewish state amid normalisation with two other Gulf Arab kingdoms.

Bahrain, which tightly coordinates its foreign policy with Saudi Arabia, and the United Arab Emirates (UAE) on September 15 signed the so-called Abraham Accords with Israel at the White House.

“They reflect a changing dynamic in the region, one in which countries rightly recognise the need for regional cooperation to counter Iranian influence and generate prosperity,” Pompeo said.

“We hope Saudi Arabia will consider normalising its relationships as well. We want to thank them for the assistance they’ve had in the success of the Abraham Accords so far.”

He added that he hopes the kingdom will encourage Palestinian leaders or the Palestinian Authority (PA) to return to negotiations with Israel.

The US is trying to persuade more Gulf countries to strike similar accords with Israel, as the UAE and Bahrain did at the September 15 ceremony in Washington, DC.

Riyadh has quietly acquiesced to the UAE and Bahrain deals – though it has stopped short of endorsing them – and has signalled it is not ready to take action itself.

Saudi Arabia, the birthplace of Islam and site of its holiest shrines, drew up a 2002 initiative under which Arab nations offered to normalise ties with Israel in return for a statehood deal with the Palestinians and full Israeli withdrawal from territory captured in 1967.

Middle East analysts have raised questions and concerns about the consequences of the Israeli-Arab normalisation in the region.

“It seems Israel is increasingly gaining political ground in the region, expanding trade and financial relations, and solidifying an Arab-Israeli axis against Iran. All of this is happening against the will of the Palestinian people and without any concession from the Israelis,” Adnan Abu Amer, head of the Political Science Department at the University of the Ummah in Gaza, wrote in an opinion piece for Al Jazeera.

President Donald Trump has highlighted Arab normalisation with Israel as a significant achievement as he seeks another term in November 3 elections. Trump’s evangelical Christian supporters, who make up a crucial part of his base, widely favour his pro-Israel positions.

Gulf Arab kingdoms have found common cause with Trump in his hawkish line against regional rival Iran. 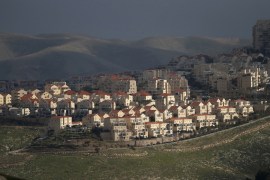 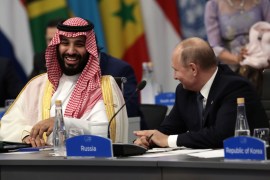 China, Russia and Cuba win seats as analysts question whether human rights violators should be elected to the council. 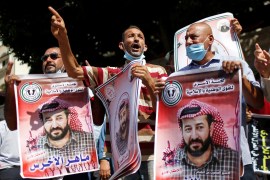 Palestinian on hunger strike in Israeli jail ‘on verge of death’

Maher al-Akhras, 49, has been held in ‘administrative detention’ since his arrest more than 70 days ago.