Its domestic military-industrial base has matured as it has sought to become self-sufficient in its missile production.

Western defence planners estimate Iran’s inventory of short and medium-range ballistic missiles to be slightly over 200, the bulk of which are under the control of the Islamic Revolutionary Guard Corps (IRGC).

With ranges of up to 2,500km (1,554 miles), the latest missiles, like the Sejjil-2, are solid fuelled. This means the time needed to launch a missile is much shorter, while its range allows it to hit most targets in the Middle East.

What has surprised most observers is the maturity of Iran’s cruise missile programme, such as the domestically-built Hoveyzeh. With a range of over 1,300km (808 miles), it can fly virtually undetected, skimming the surface, to its target.

The September attacks on Aramco oil facilities in Saudi Arabia, for which Yemen’s Iran-allied Houthi rebels claimed responsibility, demonstrated great accuracy with most of the cruise missiles hitting their targets with pinpoint precision.

The success of this attack showed that Iran’s missiles have become fully operational battlefield weapons. 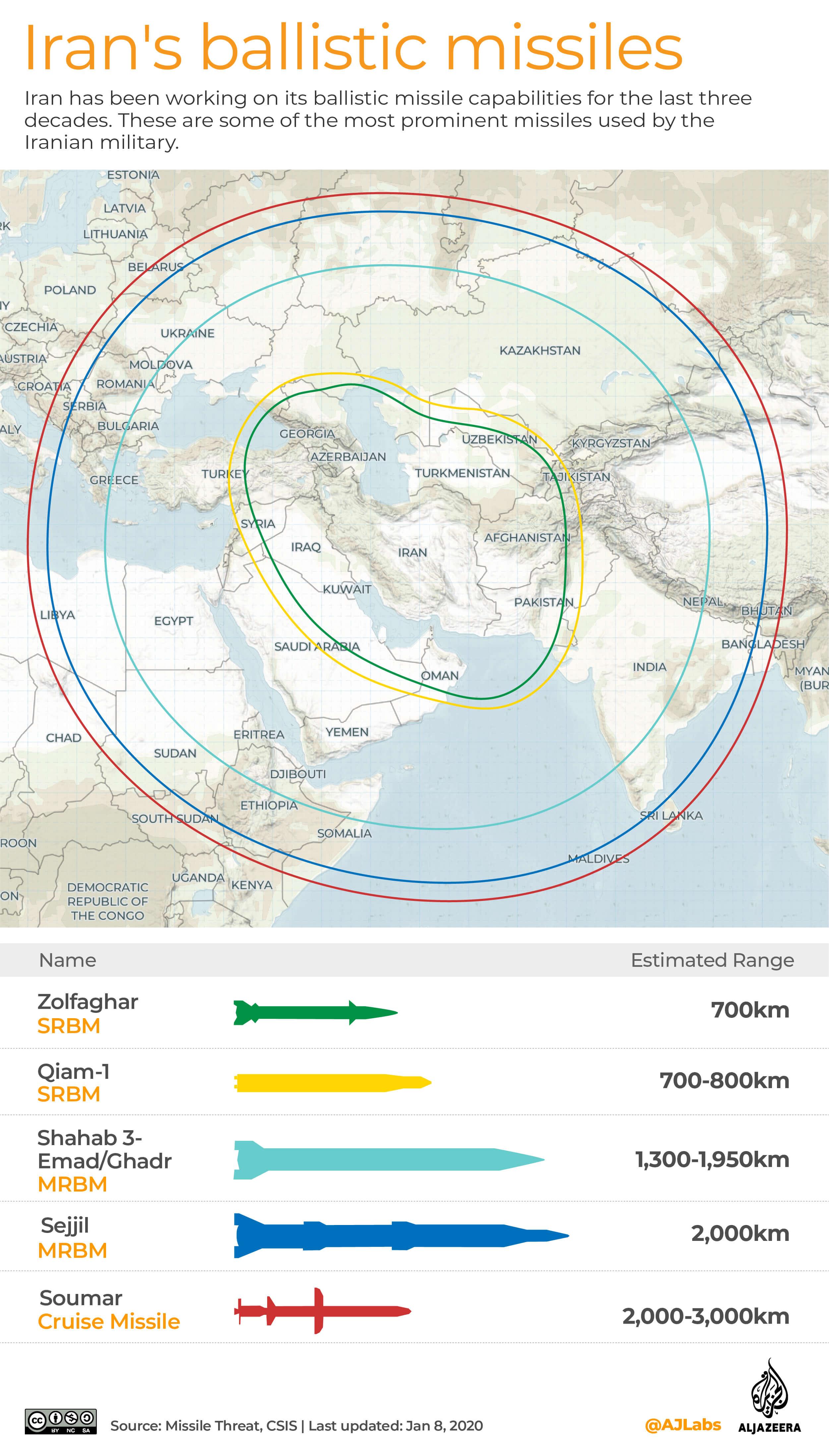