On Friday evening, as the clock strikes 23:00 GMT, Britain will leave the European Union.

More than three and a half years since the EU referendum, during which the country has seen two general elections and much political wrangling, the wishes of 17.4 million Britons will be realised.

But do not expect an end to the drama. January 31 marks a single page-turn in the Brexit odyssey and the next chapter could be just as fraught.

A transition period will run for at least 11 months, Prime Minister Boris Johnson‘s ideal timeframe, while negotiators thrash out the future relationship between the United Kingdom and the EU.

Unpicking 40 years of integration promises to be a testing process and there is scepticism on both sides of the English Channel.

Many are simply wondering: What next?

What actually happens on February 1?

Little will change immediately. The UK will enter the transition period and it will be out of EU political institutions but still – for at least the next 11 months – ruled by EU laws.

Britons and EU nationals will continue to benefit from free movement and live in their countries under the rules and regulations they are used to.

When the divorce is finalised, free movement for British immigrants in EU countries will end, according to the Withdrawal Agreement, but they will be afforded rights.

EU nationals living in the UK are being urged to apply now for the UK’s EU Settlement Scheme, but they can wait until the deadline – June 30, 2021, if a deal is reached, or December 31, 2020, if the conclusion is a no-deal Brexit.

Will there be a UK-EU trade deal?

A trade deal is likely but not certain.

A comprehensive trade deal with the EU, the UK’s largest trading partner, is the British government’s ultimate goal. But negotiating one will not be easy, especially in the UK-mandated 11-month timeframe.

Before talks can begin, both sides need to publish their negotiating objectives. The EU’s chief Brexit figure, Michel Barnier, must also obtain a formal negotiating mandate from the bloc’s leadership. This is unlikely to happen before the end of February.

At that point, talks can start in earnest.

If industry really creates a fuss about loss of market access, extending might look nicer to Mr Johnson than slogging it out.

Alan Winters, economics professor and head of the UK Trade Policy Observatory at the University of Sussex

Johnson is pushing for a “Canada-style” agreement, one modelled on the EU’s arrangement with Ottawa. CETA, as the deal is known, removes 98 percent of tariffs on traded goods, though sizeable restrictions remain. Despite being less ambitious than the proposed UK-EU pact, it still took seven years to be finalised.

Johnson has also ruled out alignment with European regulations.

Barrier-free trade is an aim Brussels shares with London, but only if a level playing field can be agreed – code for convergence on the likes of labour, taxes, the environment, and state aid.

Alan Winters, economics professor and head of the UK Trade Policy Observatory at the University of Sussex, said the sticking point is one of enforcement.

Brussels will demand the invocation of EU law when solving commercial disputes, but the UK has been unwavering: No European Court of Justice (ECJ) involvement post-Brexit.

It is a contentious area that will “require a unique solution, and therefore time”, said Winters.

Tonight as the clock strikes eleven, Britain will leave the EU.

Here's your guide to what will happen next: https://t.co/sEHMepRpKf pic.twitter.com/Och2LG2TRj

If no compromise can be reached, the UK will leave without an agreement. That would mean regulatory barriers, tariffs, and quotas.

In all likelihood, the UK will strive for at least a bare-bones deal that covers the trade of goods – and perhaps some services – by December.

That is unless Johnson backs down on extending the transition period. This is unlikely but not inconceivable, said Winters.

“If industry really creates a fuss about loss of market access, extending might look nicer to Mr Johnson than slogging it out,” he said.

Does UK now have full control over immigration?

The argument to bolster Britain’s borders was crucial in the Leave campaign’s victory.

In terms of migration, little will change on January 31. A member of Europe’s single market for the duration of the transition period, Britain must keep its frontiers open to EU citizens. No passport impediments, no visa requirements – complete freedom of movement.

“The general trend of dwindling numbers will continue for the majority of the year due to uncertainty and also lack of awareness of the relevant EU Settlement Scheme (EUSS) deadlines.

“Unless the government agrees to an extension of the transition period, there is likely to be a significant drop in the number of arrivals from January 2021 onwards,” she said.

The shortfall is cause for concern for British industry. There are deficits at every level of the UK job market, business groups have said, caused in part by the decline in EU arrivals.

Johnson’s plan for post-transition period immigration has been met with equal unease from rights groups and some businesses. A three-tier points-based system is in the works: Exceptional talent, skilled workers, and temporary staff.

The government says it will be fair, but not all are convinced.

Johnson “should waste no time” in providing thorough details, according to the British Chambers of Commerce, which has warned of costly delays for businesses anxious to plan their post-2020 employment programme.

Will UK still be subject to EU law?

During the transition period, the UK will continue to obey EU rules, for example, employment regulations, consumer standards and competition legislation.

On areas of EU law, the European Court of Justice will continue to exercise its jurisdiction – though the UK will have no say in the creation of new laws, nor will the ECJ feature a British judge.

In time, Brexit will see the repatriation of laws governed by Brussels to London. But not in the short term – and in some cases, not for years.

Beyond the transition period, Johnson is adamant that the Luxembourg-based body holds no further sway over the UK.

“After the transitional period, the Withdrawal Agreement provides for the ECJ to continue to exercise certain forms of jurisdiction in relation to the UK, for example as regards interpretation of the provisions on citizens rights [and] the Protocol dealing with Northern Ireland.”

Likewise, for up to four years after the end of the transition period, the European Commission will be able to bring infringement cases against the UK for breaches of EU law prior to December 2020.

What will happen with Northern Ireland?

On Saturday morning, the UK will share a 483-kilometre (300-mile) land border with the EU: The frontier between Northern Ireland and the Irish Republic. It will remain open and free-flowing for the duration of the transition period.

Soon after Brexit day, special committees of British and EU representatives will meet to thrash out a future settlement. The Northern Ireland Protocol – the arrangement designed to avoid a hard border on the island of Ireland – will be fleshed out and, all going well, agreed without delay.

But the talks promise to be tough. The Protocol seeks to keep Northern Ireland in the UK’s customs territory while simultaneously applying EU rules on agricultural and manufactured goods.

This will remove the need for a customs border on the island, a politically tense proposition given Ireland’s history of sectarian violence, but means a de facto regulatory frontier emerging in the Irish Sea.

Northern Ireland could suffer financially in this scenario, said Katy Hayward, an author and reader in sociology at Queen’s University Belfast.

“We can expect to see a rise in paperwork and thus in costs for the movement of goods across the Irish Sea, and consequently a rise in prices for consumers in Northern Ireland, plus the risk of a disruption to supply chains,” she said.

“It will require new levels of political maturity among elected representatives here to ensure that this period of flux does not give rise to growing polarisation and recriminations,” she added. 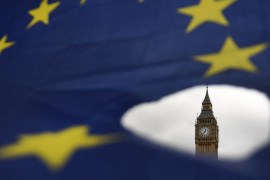 The UK is set to leave the EU at 23:00 GMT on Friday, ending its 47-year membership, and enter a transition period. 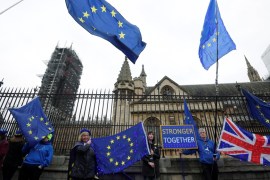