Heavy rains since Tuesday have caused destruction in the southeast of Brazil, a region that was already suffering from flooding and landslides in the last week.

In the capital of Minas Gerais state, Belo Horizonte, a metropolitan area home to six million people, some neighbourhoods saw 176mm (7 inches) of rain on Tuesday night. The downpour continued on Wednesday morning.

It was the latest storm in what has been a punishing January for Minas Gerais and neighbouring Espirito Santo and Rio de Janeiro states.

One person was killed, and as of Wednesday, 62 people had died since January 24 due to storms across Espirito Santo and Minas Gerais.

Rains are expected to continue this week in the southeast of the country. 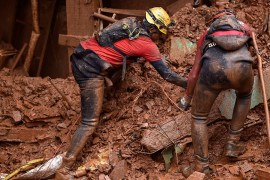 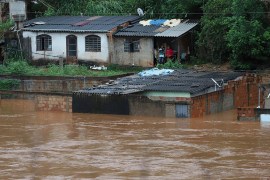 More than 2,500 people evacuated from their homes in Minas Gerais state as two days of heavy rainfall cause flooding.