Iraq is poised for a period of uncertainty as top Shia leaders warned of repercussions following the killing of top Iran general Qassem Soleimani by a United States air strike in Baghdad on Friday.

Iraqi protesters have also called on Tehran and Washington to take their battle elsewhere after Soleimani, the head of Iran’s elite Islamic Revolutionary Guard Corps’ (IRGC) Quds Force and mastermind of its regional influence, was killed along with Iraqi paramilitary commander Abu Mahdi al-Muhandis.

“Iraq is bracing for some of the most difficult days,” Baghdad-based analyst Jassim Moussavi told Al Jazeera.

“We expect the announcement of war at any moment. If Iran decides to confront the US, Iraq will be the scene for that battle. Several Shia paramilitary forces have started to prepare themselves for ground zero.”

Iran‘s Supreme Leader Ayatollah Ali Khamenei vowed revenge on the “criminals” who killed Soleimani. Iraq’s prominent Shia leader Muqtada al-Sadr called on his militias (Army of Imam Mahdi) and “other national and disciplined” armed groups to be prepared to protect Iraq, adding that the killing of Soleimani will not weaken Iraq’s resolve.

Qays al-Khazali, head of Asaib Ahl al-Haq armed faction, which is part of the Hashd al-Shaabi (Popular Mobilisation Forces or PMF) in Iraq backed by Iran, said “all fighters should be on high alert for upcoming battle and great victory”.

Iraq’s top Shia leader Grand Ayatollah Ali al-Sistani condemned the US attack and called on all parties to practice restraint, his office said in a statement for the Friday sermon from the city of Karbala.

“The vicious attack … is an insolent breach of Iraqi sovereignty and international agreements. It led to the killing of several commanders who defeated Islamic State terrorists,” Sistani’s office said.

“These events and more indicate the country is heading towards very difficult times. We call on all concerned parties to behave with self-restraint and act wisely,” he said.

There were small celebrations by Iraqi protesters in Tahrir Square, the hub of the protest movement in the capital Baghdad, before the call for restraint was reiterated.

“We condemn the spilling of Iraqi blood regardless of who is behind this attack, but we equally reject the struggle between Iran and US from taking place on Iraqi soil,” 33-year-old protester Borhan told Al Jazeera.

“There were small groups that started dancing after the announcement, but the majority of us have called for restraint in the face of these developments.

“We will remain steadfast in the face of any challenges and continue to call for the change we want, away from these proxy wars.”

Later on Friday, tens of university students gathered in Tahrir Square to renounce any foriegn intervention in Iraq.

“We reject the idea of making Iraq the scene of a US-Iran war,” 24-year-old student Haydar Farazdak told Al Jazeera.

“The Hashd and the US can take their battle elsehwere,” he added.

Thousands of Iraqis have taken to the streets since early October to call for a complete overhaul of a political system they see as sectarian, corrupt and denying them their basic rights.

The protests movement has condemned armed groups and their Iranian patrons that support the government.

In November, embattled Prime Minister Adel Abdul Mahdi stepped down due to the protests, but he remains in office in a caretaker capacity.

At least 470 people have been killed in the unrest, some which was driven by anger at Iranian influence in Iraq.

“Although there were some scenes of celebration in Tahrir Square, the majority of protesters are very concerned about the implications of these developments,” Renad Mansour, head of the Iraq Initiative at London’s Chatham House, told Al Jazeera.

“This is a dangerous time for Iraq as it moves into a period of greater instability and uncertainty. Iraqi protesters have been chanting against Soleimani and Muhandis but they also reject any sort of US intervention.

“This killing will lead to distract away from the protests as a focus on anti-American and ethno-sectarian politics take centre stage,” Mansour added.

Although Iraq’s caretaker government, which has Iran’s backing, issued a muted response to the events, Prime Minister Abdul Mahdi said the killings on Friday were “a dangerous escalation that will light the fuse of a destructive war in Iraq, the region, and the world”.

“The assassination of an Iraqi military commander who holds an official position is considered aggression on Iraq … and the liquidation of leading Iraqi figures or those from a brotherly country on Iraqi soil is a massive breach of sovereignty,” he said before adding that the US strike violated the terms of the US military presence in Iraq.

Abdul Mahdi said that US troops were in Iraq to train Iraqi security forces and fight the Islamic State of Iraq and the Levant (the ISIS or ISIL group). Some officials and parliamentarians have already called for the expulsion of US troops from Iraq following the attack.

“The Iraqi parliament will most likely ask US forces to leave Iraq, while the US may become antagonist vis-a-vis the Baghdad,” explained Mansour.

Iraq’s parliament has representation from Tehran-backed armed groups, including Iraq’s PMF, a grouping of mostly Iran-backed Shia militias that is led by al-Muhandis and that helped security forces retake a third of Iraq from ISIL. 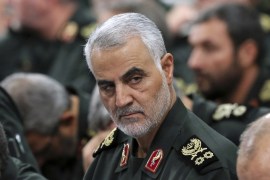 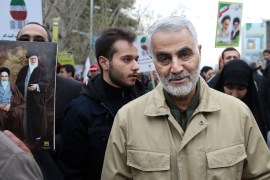 Leaders across the world warn that US’s targeted killing of Iranian top general could ignite conflict in region. 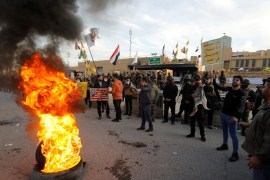 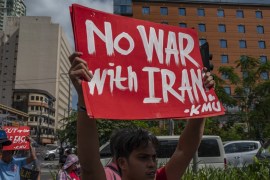