Hong Kong‘s leader faced off with a hostile Legislative Council on Thursday, fending off sharp criticism from pro-democracy and pro-Beijing members, while defending police from allegations of brutality against protesters.

In her first question-and-answer session of 2020, Chief Executive Carrie Lam also said Hong Kong’s “one country, two systems” could continue beyond the 2047 deadline as long as the city’s “loyalty” to Beijing was upheld.

“We have to uphold the principle of ‘One Country,’ only by doing this, can ‘one country, two systems’ be moving forward smoothly.”

She repeatedly defended the police response to the seven-month long protest in the city, saying there was no such thing as “police brutality”, and that protesters were “smearing” Hong Kong’s security force.

Lam said the police were simply enforcing the law, and only responding to the violence of protesters.

Alvin Yeung, a member of the council and Civic Party leader, however, rejected Lam’s explanation telling her: “You are the laughing stock of the world. Do you know what shame is?”

Yeung held up a sign reading “Shame”, before voluntarily leaving the legislative chamber.

Lam sat sternly as several pro-democracy members expressed their frustration at her handing of the protests.

Roy Kwong, another legislative member, asked Lam when she was going to order the creation of an independent commission to investigate the alleged rights abuses committed by police and called for her resignation.

The council meeting was repeatedly disrupted, as members shouted at Lam, before being they were evicted from the chamber. Claudia Mo was heard shouting at Lam: “Bloody liar”, before walking out.

Even pro-Beijing legislator, Eunice Yung, told Lam that she bore the biggest responsibility for the turmoil in the city, adding that no official had been held accountable for the unrest.

Yung also asked when Lam and other cabinet officials would take the lead and accept a “pay cut”.

Hong Kong has been racked by often violent anti-government protests since June, although they have recently diminished in scale.

Some 6,000 people have been arrested, with 1,000 charged, many of them young protesters and student activists.

Hong Kong was handed over from British to Chinese rule in 1997 with a promise that it would maintain its own capitalist economy and Western-style institutions for 50 years. 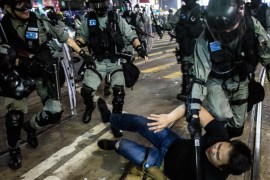 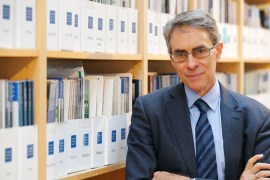 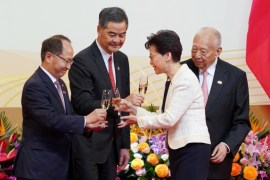