The abductions took place in the Gulf of Guinea, waters stretching thousands of kilometres (miles) from Angola in the south to Senegal in the north, which are considered among the world’s most dangerous for attacks.

The number of crew snatched there jumped from 78 in 2018 to 121 last year – amounting to more than 90 percent of kidnappings reported at sea worldwide, the International Maritime Bureau (IMB) said in its annual piracy report.

“This region has recorded an unprecedented rise in crew kidnaps,” said Michael Howlett, director of the Kuala Lumpur-based IMB.

He called for “increased information exchange and coordination between vessels, reporting and response agencies in the Gulf of Guinea”.

Overall, however, reported incidents of piracy and armed robbery against ships worldwide fell in 2019 to 162 from 201 a year earlier, the watchdog said.

The Gulf of Guinea has now eclipsed the Gulf of Aden, off Somalia, as Africa’s piracy hotspot, and countries in the region have been trying for years to bolster means of intervention and to increase cooperation.

In 2017, the cost to West Africa was estimated at more than $818m, including naval activities and contracting security services, according to a report from Oceans Beyond Piracy, a programme that studied maritime attacks.

Criminal gangs in the past used to steal oil cargo, but have switched tactics over the past decade to kidnapping sailors for ransom as crude prices have fallen.

Much of the problem originates in the Niger Delta, in Nigeria, a base for pirates who use high-powered speedboats to raid passing ships and kidnap crews.

The Singapore Strait, the gateway for shipping to the trading hub, also experienced a jump in piracy with 12 armed robberies from vessels reported in 2019, the watchdog said.

But it added the incidents were “low-level” and usually limited to robbery. 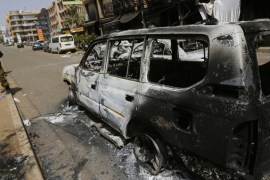 Attacks increased five-fold in Burkina Faso, Mali and Niger since 2016 with more than 4,000 deaths reported in 2019. 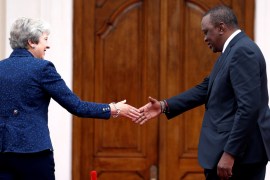 Can Africa really benefit from Brexit?

Brexit can be an opportunity for Africa, but only if the continent’s leaders finally move away from corruption. 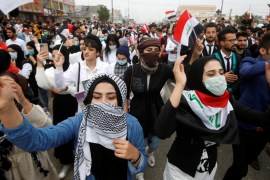 Uprisings, elections and conflicts: some of the key moments of an eventful year in the region. 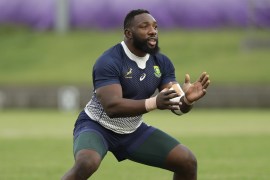 Mtawarira, who hails from Zimbabwe, looks back at his rugby career which almost derailed before taking off.