Almost 1,000 refugees and migrants have been intercepted at sea and returned to war-ravaged Libya this year already, according to the International Organization for Migration (IOM).

“At least 953 migrants, among them 136 women and 85 children, have been returned to Libyan shores in the first two weeks of 2020,” IOM spokesperson Safa Msehli said on Tuesday.

Libya, a large oil producer, has been engulfed in chaos since 2011 when longtime leader Muammar Gaddafi was killed in an uprising.

It is now split between two rival administrations: the internationally backed Government of National Accord (GNA) led by Prime Minister Fayez al-Sarraj, and the House of Representatives allied to renegade military commander Khalifa Haftar and his Libyan National Army (LNA).

The IOM said most of the refugees and migrants were “disembarked in Tripoli and all were taken to detention centres”.

Both types are said to be overcrowded with unhygienic and inhumane conditions, with abuse and violence rampant. There is a shortage of food and drinking water, but an abundance of torture and forced labour.

“The conditions in these centres are crazy,” Alkaol, 17, a migrant from The Gambia, told Al Jazeera.

“Sometimes you get food, sometimes you don’t. If they give you bread, you eat half and save half. You don’t know when you will eat next. If you don’t have money, your only way out is either escaping or death.

The detention centres are not safe from the conflict either. One in the eastern Tripoli suburb of Tajoura was bombed last year, killing at least 50 migrants and refugees and wounding more than 130.

On Monday, al-Sarraj and Haftar were in Moscow for talks that raised hopes of an end to the latest fighting.

However, Haftar left the Russian capital on Tuesday without signing the agreement, leaving the future of a fragile truce – brokered by Russia and Turkey – uncertain.

“Any escalation in fighting is going to put all civilians, including migrants, at even greater risk,” IOM’s Msehli told Al Jazeera.

“Detained migrants are especially vulnerable and are at heightened risk as some of the detention centres are in proximity to clashes. Ending detention in Libya and the adoption of alternative solutions that safeguard lives are of utmost urgency.

“The situation in Libya for people that find themselves in areas of active conflicts is already very difficult, and if the fighting were to escalate it would get significantly worse.”

Libya acts as a major gateway for African migrants hoping to reach Europe. There are more than 636,000 migrants currently in Libya, according to IOM.

But the conflict in the country drives these people to the sea in the hope of reaching Europe, across one of the deadliest migration routes in the world.

Since 2016, almost 12,000 refugees and migrants have drowned in the Mediterranean while trying to reach Europe. Nearly 9,000 people were intercepted by the Libyan coastguard last year.

“We see that people are making this sea journey multiple times. If they get intercepted and brought back, they will repeat the cycle,” Nicholas Romaniuk, a search-and-rescue coordinator onboard the migrant rescue vessel the Ocean Viking, told Al Jazeera.

“We know this journey can be deadly the first time, but the fact they would risk it again tells you what it’s like in Libya.”

A 2018 UN report highlighted that migrants are subjected to “unimaginable horrors” from the time they enter Libya, during their stay, and in their attempts to cross the Mediterranean, if they make it that far. 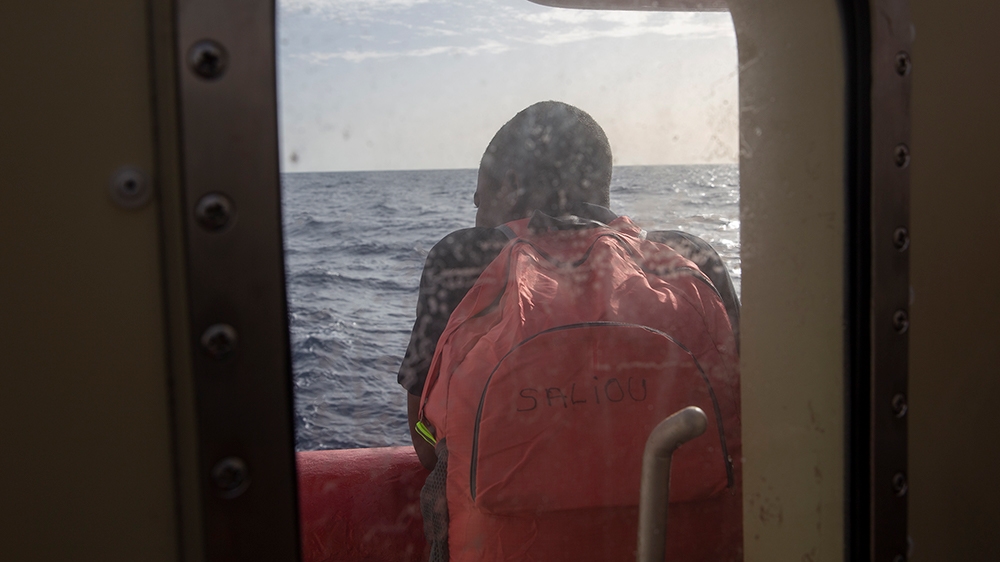