Following the retaliatory attack on January 8, Iran‘s President Hassan Rouhani said Tehran’s “final answer” to Soleimani’s killing will “be to kick all US forces out of the region”, while Iran’s elite Islamic Revolutionary Guards Corp said the missile assaults were just the start of a series of attacks across the region.

The US has between 60,000 and 70,000 troops in the Middle East, according to the US Central Command, and has announced plans to deploy thousands of additional troops to the region amid the heightened tensions.

This map shows where US soldiers are deployed in the Middle East and Afghanistan, as well as some of the major bases they are stationed at in the region. 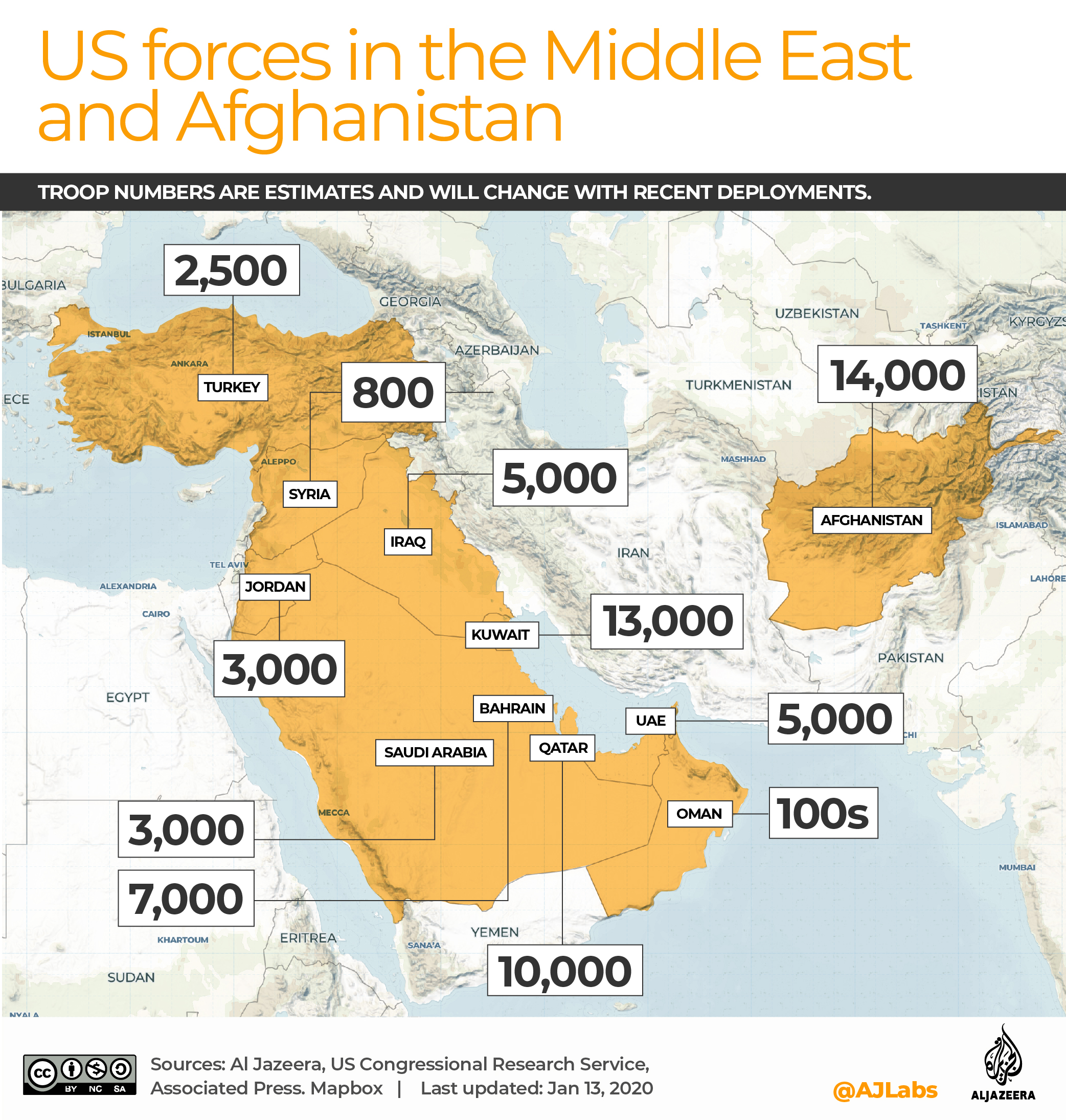 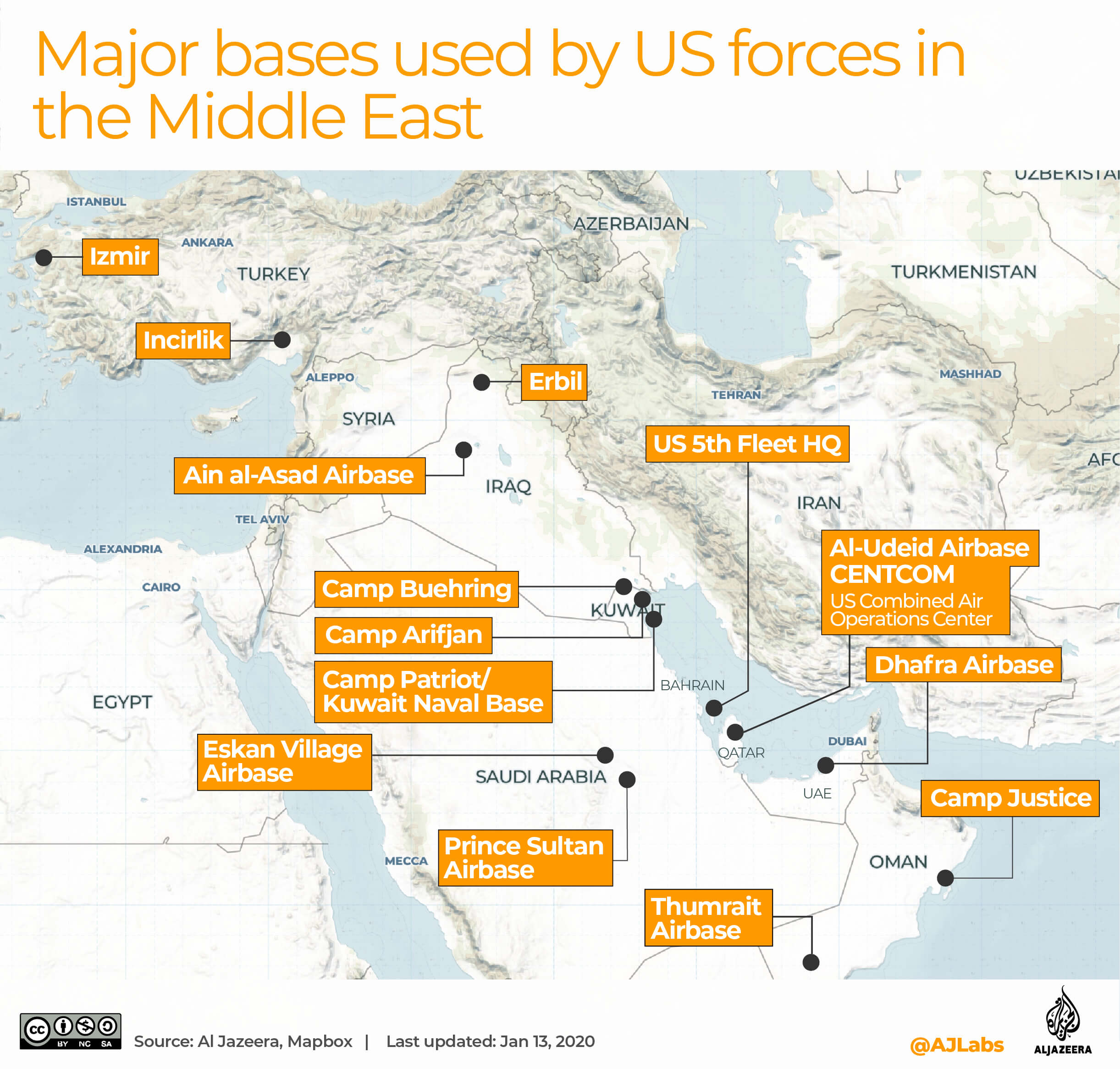