Johannesburg, South Africa – Tobacco companies are determined to move forward with litigation against the South African government for its banning of tobacco products during the nearly five-month coronavirus lockdown.

The tobacco ban – the only one of its kind worldwide – was imposed under the 2002 Disaster Management Act, the government justifying it on health grounds based on advice from its medical experts as well as from the World Health Organization (WHO).

South Africa’s ban on the sale of tobacco products and alcohol was lifted on Monday, as part of the easing of measures imposed to combat the coronavirus pandemic in South Africa.

The Fair Trade Independent Tobacco Association (FITA), an organisation representing 80 percent of cigarette manufacturers in South Africa, brought forward a court application on May 4 against the Minister of Cooperative Governance and Traditional Affairs Nkosazana Dlamini-Zuma.

FITA said there is no rational connection between the cigarette ban and the aim of the state of disaster declaration which is to prevent the spread of COVID-19.

The Pretoria High Court dismissed FITA’s challenge on June 26, ruling that Dlamini-Zuma acted reasonably with a view to save lives when she banned tobacco products. On Friday, the Supreme Court granted FITA the right to appeal.

FITA’s president, Sinenhlanhla Mnguni, said the association would proceed with its lawsuit. FITA initially wanted to compel the government to reintroduce the sale of tobacco products but, since the ban was removed on Monday, it now seeks an order prohibiting the government from banning tobacco sales again, should South Africa move to a stricter lockdown in the future.

According to FITA, Dlamini-Zuma was not empowered to ban tobacco products under the Disaster Management Act, which they said only empowers the minister to make regulations “rationally connected” to preventing or controlling the COVID-19 pandemic.

The Disaster Management Act was previously used to halt xenophobic attacks against foreigners in South Africa in June 2008. It was also invoked during the 2010-2011 floods in different parts of the country.

Speaking to Al Jazeera, Mnguni said: “Medical evidence does not support the minister’s decision to ban tobacco products,” and the move was made in a non-consultative and “undemocratic” way.

By banning tobacco, Mnguni argued, the government went against the main objective of lockdown, which was to prevent people from moving around, pushing them to go out and seek cigarettes on the black market, a trade that increased sharply over recent months.

BATSA – a unit of British American Tobacco – described the ban as “bizarre and irregular”. According to BATSA, South Africa lost $36m in taxes during every day of the tobacco ban.

In April, BATSA initiated a legal challenge against the tobacco ban but the case was withdrawn in May. BATSA said in a statement it would pursue further discussions with the government.

According to Safs Abdool Karim, senior researcher at the Wits University Centre for Health Economics, those opposing the ban may have the constitution on their side.

Although it has been suggested smokers are more vulnerable to contracting COVID-19, no evidence has been brought to the court proving that smoking during the lockdown specifically increases people’s susceptibility to COVID-19, Abdool Karim said.

“We do not know conclusively what the link between COVID and smoking is,” said Abdool Karim.

Legal experts said the tobacco ban could be unconstitutional and FITA’s court challenge has a good chance of success.

Pierre de Vos, professor of constitutional law at the University of Cape Town, told Al Jazeera: “The legal problem for the government is that to be legally valid, the ban must be shown to be rational, and that means there must be at least some evidence that the ban would reduce the spread of COVID-19, or reduce the fatalities of those succumbing to the disease.”

Noting there is ample evidence that smoking is bad for people’s health and there is also some proof that smokers are more likely to succumb to coronavirus than non-smokers, he said: “But I am not sure there is evidence that a short-term ban on the sale of cigarettes is in any way linked to achieving one or more of the [anti-coronavirus] goals set out above.

“For this reason, I would not be surprised if the government loses one or both of the cases currently before the courts,” he said. 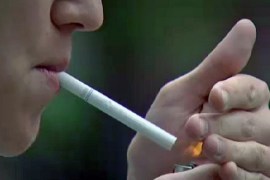 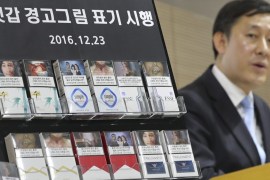 Study: Smoking will kill eight million a year by 2030