At least three people have been killed when a passenger train derailed in northeast Scotland, according to police.

The accident took place on Wednesday near the town of Stonehaven in the region of Aberdeenshire.

“Very sadly despite the best efforts of paramedics, we can confirm that three people have been pronounced dead at the scene,” British Transport Police said in a statement, adding that the driver of the train was believed to have been among them.

Six others were taken to hospital but their injuries were not thought to be serious.

Images from the site of showed smoke billowing from the scene and a rescue helicopter circling overhead.

I am saddened to learn of the very serious incident in Aberdeenshire and my thoughts are with all of those affected. My thanks to the emergency services at the scene.

“I am saddened to learn of the very serious incident in Aberdeenshire and my thoughts are with all of those affected,” he said. “My thanks to the emergency services at the scene.”

Stonehaven is on the line for passenger trains linking Aberdeen with the cities of Edinburgh and Glasgow. The hilly area was hit by storms and flash flooding overnight.

Serious train accidents are rare in the UK. The country’s last fatal derailment was in 2007. 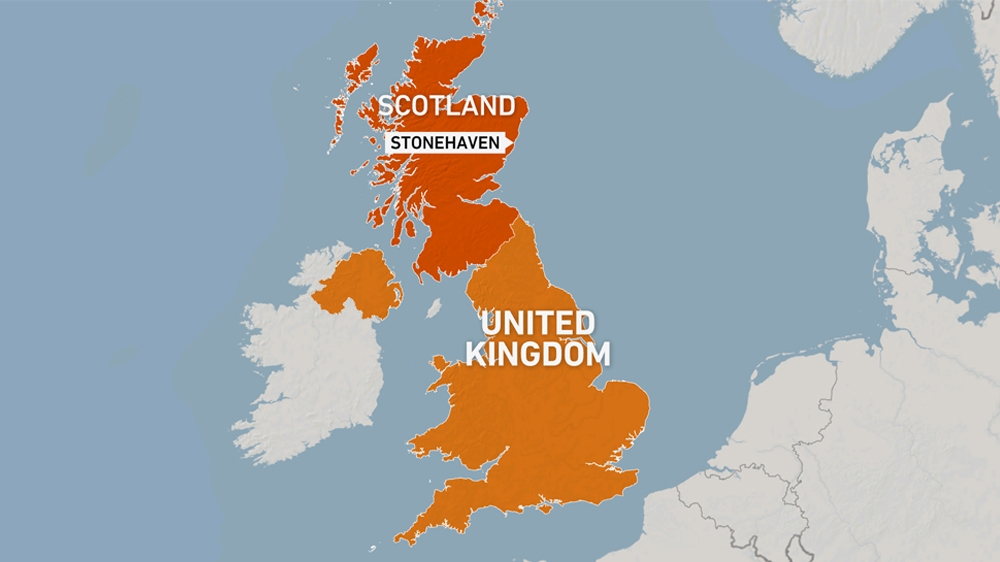